Ivan Reitman's GHOSTBUSTERS Gets An Immersive Re-Release For Fans! 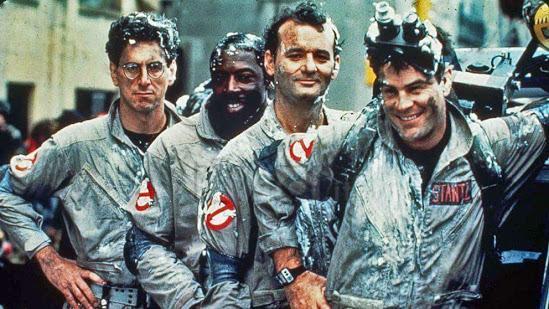 Ask anyone concious of director Paul Feig’s latest attempt to reboot Ghostbusters what they think, but don’t be too surprised of the response you get. The most recent trailer has become a history maker on YouTube for all the wrong reasons while generating some largely opposite results on Facebook, which leads me to believe this film is going to be the most divisive title this year apart from deciding who will beat who in a superhero movie.

Nonetheless, if you’ve been pining to re-live the magic of the original movie on the big screen, your chance is coming this summer with a limited re-release of Ivan Reitman’s 1984 original film, with BBQ Films hosting along with a variety of cool perks to help your friends possibly forget how much they hated the trailer, lest they judge the film too soon. Check out last week’s PR Newswire announcement below!

In anticipation of the worldwide release of Ghostbusters, starring Melissa McCarthy, Kristen Wiig, Kate McKinnon, and Leslie Jones, in theaters July 15, 2016, audiences will get a chance to build their excitement for the new film by revisiting the classic 1984 movie, directed by Ivan Reitman, written by Dan Aykroyd and Harold Ramis, and starring Bill Murray, Dan Aykroyd, Harold Ramis, and Ernie Hudson, as Fathom Events brings moviegoers a nationwide limited-time re-release of the classic, and, in New York City, BBQ Films presents a special, immersive Ghostbusters experience.

On June 8 – the anniversary of the original 1984 release of the classic film – with an encore date of June 12, Fathom Events will bring the original film to moviegoers across the country with a special re-release in more than 750 movie theaters nationwide, including a sneak peek at the new Ghostbusters.  Tickets for these screenings will go on sale May 6, 2016 at FathomEvents.com and participating theater box offices.

Also starting June 8th in NYC, BBQ Films will present the world’s only official immersive screening of Ghostbusters. An event production company that creates transportive experiences and events around classic movies, BBQ Films will invite moviegoers to strap on a proton pack, grab a trap, and head for the Ecto-1 as they bring their immersive Ghostbusters experience to Villain in Williamsburg, Brooklyn.

Following these special screenings, the classic film will go back in the vault until the release of the new film.

Commenting on the announcement, Dwight Caines, President, Theatrical Marketing for SPE said, “Before the new Ghostbusters film hits theaters on July 15, there’s no better way to get excited than by seeing the classic film.  Fathom Events is bringing the original to audiences all across the country, and if you’re a moviegoer in New York, you’ll have the chance to experience the movie as never before as BBQ Films transports you to the world of the Ghostbusters. We’re thrilled that audiences will have the opportunity to revisit the beloved original movie on the big screen.”

SULTAN Brings On Girl Power In The Latest Teaser A HARD DAY: Aaron Kwok Will Lead The Chinese Remake Of The Hit South Korean Cop Thriller