Jordan To Reunite With Coogler For BLACK PANTHER 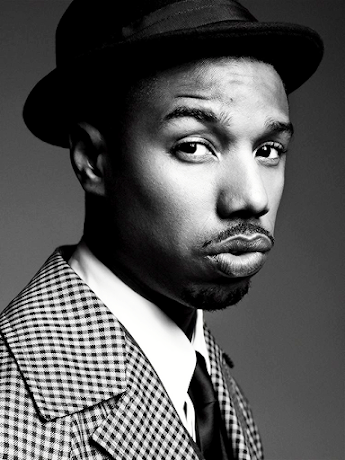 Actor Chadwick Boseman is currently reigning at the box office having just debuted as Black Panther in Captain America: Civil War and the forthcoming solo film for which he’s been slated is due to start filming early next year. As such, casting is currently underway and with acclaimed actress Lupita Nyong’o now gearing up for a possible role as the title character’s love interest as of Thursday.
On Friday, word now brings straight from THR that actor Michael B. Jordan is being tapped for a role as well with reason to speculate that it would be to play a villain. The film would mark a third reunion for Jordan who has packaged nothing short of winning titles under director Ryan Coogler whose attachment was confirmed earlier this year amid the buzz of their latest film together, Creed, which could very well be on the way for a sequel at MGM.
Jordan’s prospects have continued to rise as well for other matters pertaining to his forthcoming lead role in a remake of Norman Jewison’s The Thomas Crown Affair, which Civil War helmers Anthony and Joe Russo have recently added to their workload as sprawling producers. Boseman’s next appearance will be in Fabrice du Welz’s upcoming revenge thriller, Message From The King later this year with Black Panther mapped for a February 16, 2018 release.

The Body Count Rises In The Violent New Trailer For DON'T KILL IT Norwegian Thriller, IN ORDER OF DISAPPEARANCE, To Be Remade As A Liam Neeson Headliner!