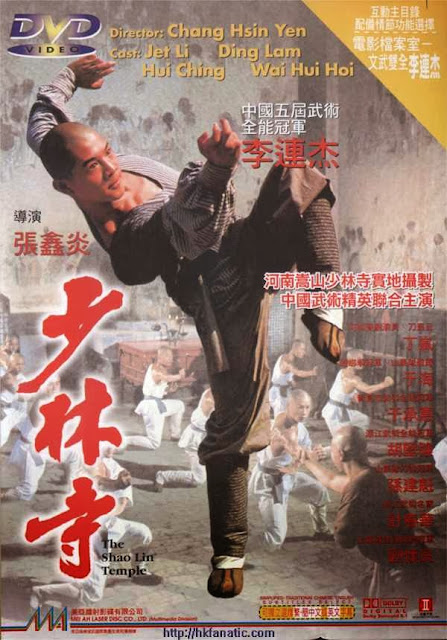 Having passed up offers to direct the pending Highlander reboot and the next Terminator movie since finishing up his participation in the Fast And Furious franchise with part six, director Justin Lin has since volunteered to take on Universal Pictures’ next Bourne film which will see Jeremy Renner return for a release date set for August 14, 2015. But taking on the classic superspy character based on the work of late novel author Robert Ludlum won’t be all Lin will place his focus on for the next few years, with the latest reports based on statements made a press conference this week in Beijing.

Lin, who also directed the mockumentary 70’s comedic martial arts spoof, Finishing The Game, is returning to his kung fu roots, reportedly aiming a $100 million 3D remake of director Chang Hsin Yen’s 1982 martial arts film, Shaolin Temple. Based on Shaolin folklore, the 1982 film takes place between the Sui and Tang Dynasties and centers on the story of a young man who escapes certain death and is spirited away to a Shaolin Temple where he is nursed back to health and taught kung fu, before setting out to avenge his father’s death at the hands of a corrupt general who betrays the Tang Emperor and usurps himself to power.
Prior to getting remade in 2011 under director Benny Chan’s Shaolin, the ’82 film led to two loosely attached sequels formulating a Shaolin Temple “trilogy”, headlining several earlier successes that would see a much younger Jet Li rise to kung fu cinema superstardom with a following transition to Hollywood blockbuster action hero before ultimately slowing down as of late due to a hyperactive thyroid condition. Coincidentally, the film is the second of Li’s previous work to find headlines once more since actor Eddie Peng landed the lead role of Wong Fei-Hung last year in Roy Chow’s upcoming film, Rise Of A Legend.
Shaolin Temple 3D is the latest project highlighting the new partnership between Beijing Enlight Pictures, Seven Stars and Perfect Storm with Troy Poon, Bruno Wu and Wang Changtian producing the film, while a Hollywood A-list writer is being sought after for the project.
Lin will also be executive producing the aforementioned Highlander reboot which will be helmed by Cedric Nicolas-Troyan.
H/T: Deadline, Impact