Landmarks Fall In The New Trailer For INDEPENDENCE DAY: RESURGENCE 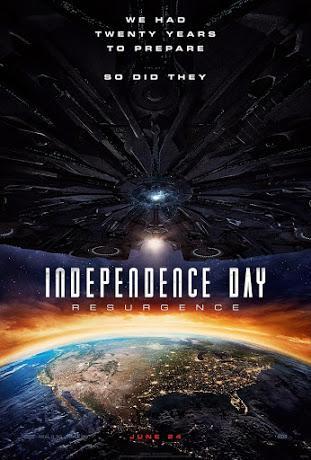 Director Roland Emmerich is back this year to attack the Earth once more as he did in 1996’s alien invasion blockbuster, Independence Day. A lot has happened since then as the newest trailer for his upcoming sequel, Independence Day: Resurgence, suggests, and all while jam-packed with plenty of sci-fi aerial dogfighting action with the same darn pesky aliens who won’t stop attacking us.
SYNOPSIS:

We always knew they were coming back. After INDEPENDENCE DAY redefined the event movie genre, the next epic chapter delivers global spectacle on an unimaginable scale. Using recovered alien technology, the nations of Earth have collaborated on an immense defense program to protect the planet. But nothing can prepare us for the aliens’ advanced and unprecedented force. Only the ingenuity of a few brave men and women can bring our world back from the brink of extinction.

The calamity ensues on June 24 and stars Liam Hemsworth and Jessie Usher among the new faces added to the cast, with returning actors Bill Pullman, Vivica A. Fox, Judd Hirsch, Brent Spiner, and Jeff Goldblum – the latter who accompanies this week’s newest trailer with an announcement of his own just beneath.
Pro-tip: The studio is also making Independence Day available on Google Play for $99 with all the proceeds going to Earth Day Network, and they are even throwing an #IndependenceDayLive viewing party on twitter to celebrate Earth Day on Friday, April 22 at 7:00pm EST/4:00pm PST.