Lundgren And Frazier To Commit LARCENY 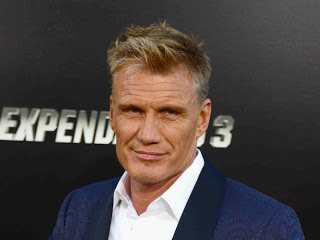 Nope, there’s no going away yet for action star Dolph Lundgren who already has a handful of titles on par for release between now and next year, few of which include Shark Lake, Don’t Kill It and Riot. This week, Variety updates fans with word of another film he’ll soon star in called Larceny which bodes favorably for helmer R. Ellis Frazier just after working with martial arts star Gary Daniels on Misfire and Rumble.
Larceny will see Lundgren tackling a Guantanamo bay-style Mexican prison as a CIA-contracted former-operative-turned-professional thief whose mission to infiltrate and steal sensitive information from the prison’s top secret safe is compromised when a local cartel boss arrives to collect his confiscated millions of dollars from the same safe. Misfire scribe Benjamin Budde returns to script for Frazier and his production banner at for Badhouse Studios Mexico with Michael Tadross Jr. of Tadross Media Group, Danny Roth and Damiano Tucci of Parkside Pictures, and Richard Rionda Del Castro of international sales agent Hannibal Pictures executive producing.
Stay tuned for info!

The New Extended Trailer Is Up For AGENT 47! 6 WAYS TO DIE Fires Off A New Trailer