MACGUYVER Is Heading To Television 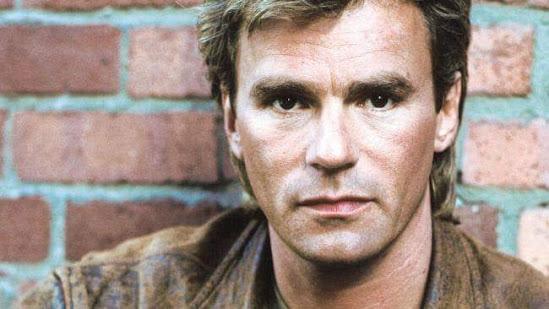 So, apparently the narrative is to bring any and all classic television shows and films to reboot development for the small screen. Some of this may be good or bad and it’s entirely up to the viewer, and I can’t really help but wonder if something else is driving this trend (maybe studios don’t want to put millions of dollars into films that might flop out of fear of suffering the same fate the A-Team did…idunno. That’s just my guess.)
Anyway, the classic series MacGuyver is now on the buffet with CBS snagging an opportunity to reinvigorate the classic series that once starred Richard Dean Anderson for seven seasons and two TV movies for ABC. According to THR, NCIS: Los Angeles scribe R. Scott Gemmill will write and executive produce with original series EP Henry Winkler with an origin script that centers on a younger version of the title character and how he attained his instinctive skills to get out of sticky situations.
Furthermore, Furious 7 helmer James Wan is also on board to executive produce as well as direct the pilot; Wan was previously up to direct a film adaptation before ultimately dropping it. I suppose Wan’s attachment lends some bit of promise after his successes with Furious 7. He’s got his hands busy with a lot of things as of late in some capacity or another, including Robotech, Aquaman, the graphic novel adaptation of Malignant Man and the long gestating revival of Mortal Kombat to name a few.
CBS also has Limitless and the upcoming Rush Hour series to work with until then, so let’s see what happens next.

To be honest though, I think a film would have been pretty badass, although I think CBS is going to need a lot more than a paper clip and a safety pin to tackle this challenge. What do you all think? Comment below or on Facebook or Twitter and tell us your thoughts about a new MacGuyver series.

Taika Waititi Is In Talks To Direct THOR: RAGNAROK A Feature Film Is In The Works For Hit Cinemax Series, STRIKE BACK