MADE IN CHINATOWN Casts Newcomer Jay Kwon To Star 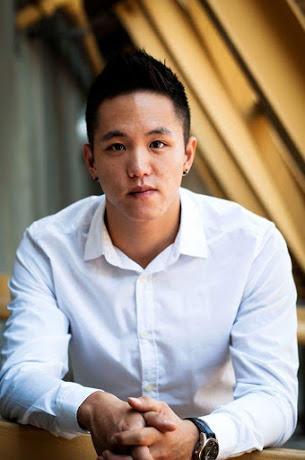 This update comes from left field for me, but the word now is that up-and-comer Jay Kwon has been cast for the lead role of Made In Chinatown, from Tambuli Media and R4 Films L.L.C.. Martial arts stalwart and filmmaker Art Camacho (Half Past Dead 2) will helm the martial arts mob comedy with venerable H.K.S.A. member Robert Samuels (The Red Wolf) serving as co-director in addition to producing and co-starring.

Kwon, who replaces actor and martial artist Alfred Hsing in a robust, last minute recast, will make his feature acting debut in the role of Vinny Chow, an underdog Asian American living New York City’s Chinatown. Chow’s biggest goal is to be with the girl of his dreams, Michelle (Michelle Procida), and so with the help of a ragtag group of friends and the aid of his wise Sifu, he will rise in the ranks of the Italian mafia and become a “Made” man to do it.
Kwon has cut his teeth in both online as well as mainstream TV production; With select stunt performance credits that partly include FX series Lucifer, Marvel’s The Punisher and Iron Fist, he has been an oft favorite here at our site having been featured in many a Hit List entry on Monday evenings with prolific appearances at Bryan Sloyer’s YouTube channel, Sloyerstunts, and even in a Lumix GH5-shot action short from director Sam KJ titled Unmasked which you can view here:
Kwon will be joined by a bevy of screenfighting talents for Made In Chinatown including premiere Puerto Rican martial arts action sensation José Manuel, in addition to the local stunt performance talents at Team One Take who will be intergral in coordinating the action. Shaw Bros. legend and Ip Man franchise co-star Lo Meng further adds to the list of heavy-hitters next to Emmy Award-winning action director James Lew (Marvel’s Luke Cage, Big Trouble In Little China, Timecop, The Perfect Weapon) and Hwang Jang Lee (Drunken Master, Magnificent Warriors, No Retreat, No Surrender II: Raging Thunder), as well as Eric Kovaleski and Chuck Zito (The Martial Arts Kid) and Grandmasters Norman Chin and Wai Hong to name a few.
Rounding out the cast of principles are Tony Sirico, Vincent Pastore and Maureen Van Zandt, Goodfellas and upcoming Brawler co-stars Tony Darrow and Artie Pasquale, and actress Shuya Chang (Crouching Tiger Hidden Dragon: Sword of Destiny, Snakehead, Revenge of the Green Dragons). Screenwriter and magazine editor Mark V. Wiley wrote script and is executive producing.