Bubble Studios’s own Mila Rozanova is set to take to this year’s virtual American Film Market for Ice helmer Oleg Trofim’s latest superhero actioner, Major Grom: The Plague Doctor. The film, a $10 million action movie based on the Major Grom comic book series from Bubble Comics, is set for a Spring release in Russia from Disney, and in case you missed, the newest trailer debut about a week ago at virtual Comic Con Russia.

St. Petersburg’s quiet life drastically changes when a mysterious vigilante dressed as a medieval plague doctor appears in the city. Declaring that modern Russia is “plagued by injustice”, he begins to “cure” it by murdering the people who at some point of their lives have escaped retribution for their crimes because of their financial and social positions. The society is shaken up: everyone questions the Plague Doctor`s true status – is he an agent of chaos or a noble justice warrior? However for Police Major Igor Grom and his rookie partner Dima Dubin what matters most is that the Plague Doctor is a coldblooded murderer who must be stopped by any means necessary… 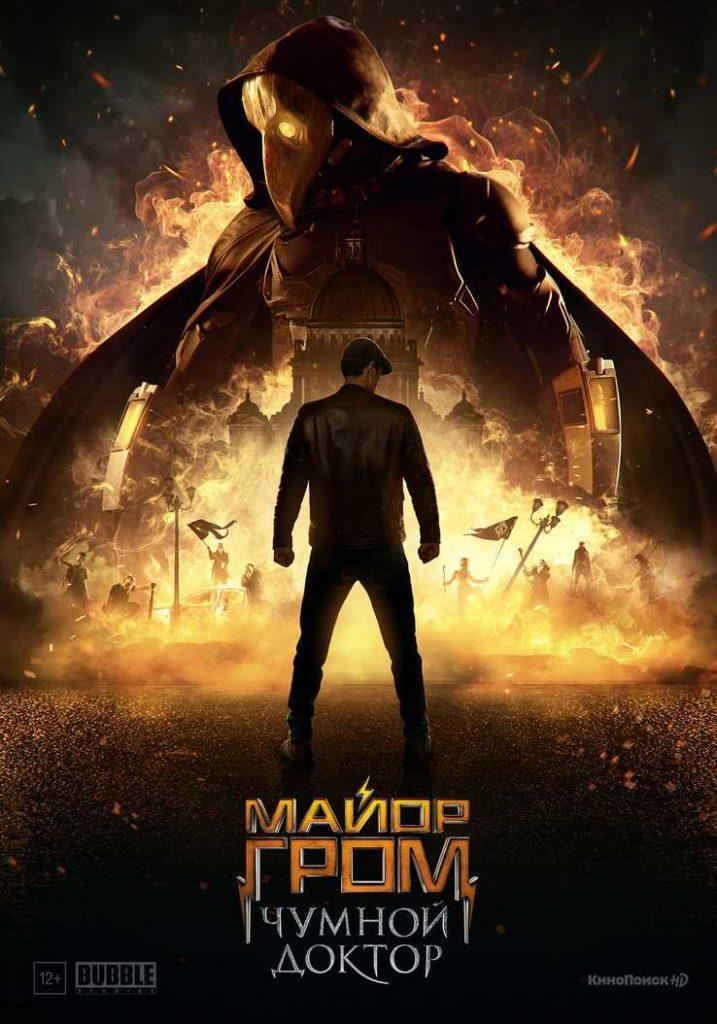