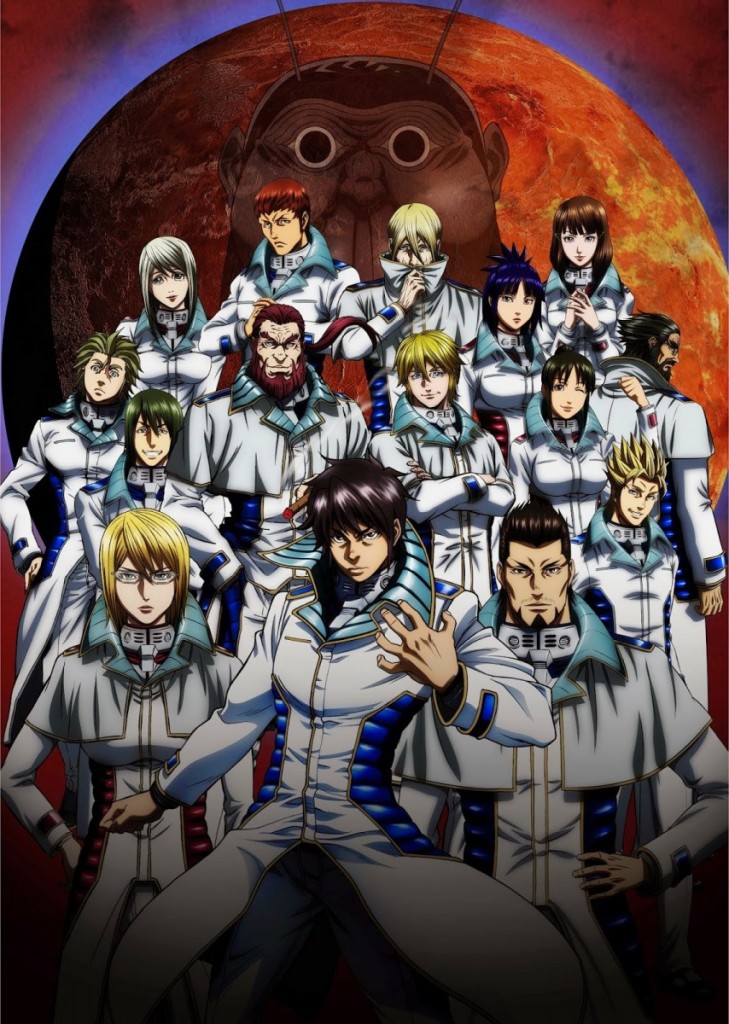 Japanese film auteur Miike Takashi (Crows, Yatterman, Ichi The Killer) is still on par to release his latest self-described return to form with the upcoming action horror, Yakuza Apocalypse. Obviously based on the most recent teaser, such a film will delve into the usual gonzo array of gory imagery and wackiness to accomdate the creative vision planned here, but that’s Miike for you, and to suggest there’s a limit to his style would be the equivalent of expecting gravity to work in outer space, which reminds me…

Terra Formars (テラフォーマーズ) is a 2011 Japanese sci-fi manga written by Yū Sasuga and illustrated by Kenichi Tachibana. The story follows that in an attempt to colonize Mars, 21st century humanity first sought to terra form the planet by sending modified algae to change the planets atmosphere. Cockroaches were cleverly used as the method to transport the algae across the planet. Five hundred years later, the first humans descended upon Mars to see if the terra forming experiment was successful. What greeted them were giant, mutated cockroaches who possessed immense strength. The landing party was completely wiped out but not before sending a warning back to Earth. Decades later, (and with a mysterious illness sweeping Earth that may have connections to the terra forming experiment) another expedition is launched but this time, the passengers have had their DNA grafted with other bugs and animals which has bestowed them with increased strength and durability. Now, this new expedition must get to the bottom of the mysterious illness and the true catalyst behind this astounding evolution.

Such is the current description (via Blastr) of Miike‘s new project now in the form of the live-action manga installment, Terra Formars, based on Shueisha’s 2011 publication by sci-fi manga authors Tachibana Kenichi &  Sasuga Yū. The franchise has already built itself a following both in-print and on the small screen through original video animes as as one of the more highly rated properties as of late. Readers in North America can find the manga available via Viz Media as more info about the film should come.