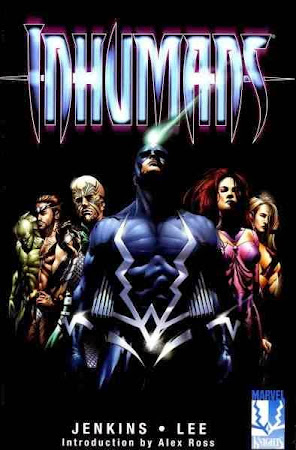 Comic book movie news is a trip to keep up with. As of this writing, there are as many as thirty films listed between Marvel and DC from several studios slated to be released by 2020. Some titles still need details, including Marvel’s plans for a Doctor Strange movie, and any hopes of a return for Wesley Snipes in the role of Blade for a new film. But, Marvel isn’t through chipping away at the iceberg of possibilities for its ever-expanding cinematic universe.

In light of actor Vin Diesel‘s latest nudge at a new Marvel property, Collider now brings word that Marvel Studios is officially on track to deliver its next franchise launcher, The Inhumans, just several years after the talks of the film’s development hit the internet. Originally the 1965 brainchild of comic book auteurs Jack Kirby and Stan Lee, The Inhumans story does branch with other comic book franchises throughout its history, but mainly centers on a society of superhumans who were originally test subjects of the Kree alien race thousands of years ago, in an attempt to build an army to defeat the Skrulls in a time of war. This very secret society of superhumans were led by their king, Black Bolt and his royal family Medusa, Karnak, Gorgon, Triton, Crystal, Maximus the Mad and their canine Lockjaw.
The Inhumans has an intricate backstory for each of its characters and their powers, and it will be interesting to see how they tackle this particular production. Writer Joe Robert Cole’s script has been accepted by the studio and a director is now being sought after, making the new film their latest gamble of its kind since Marvel’s box office success, Guardians Of The Galaxy from helmer James Gunn.
Diesel has already gotten his feet wet with Gunn‘s new movie which is now poised for a sequel due for July 28, 2017, while the actor moves forward with director Breck Eisner on The Last Witch Hunter with actress Rose Leslie, and actors Michael Caine and Elijah Wood. As for whether or not Marvel thinks Diesel really IS Imhuman…time will tell.