Marvel To Include An Exclusive Look At AVENGERS 2 In The GUARDIANS OF THE GALAXY DVD/Blu-Ray Release! 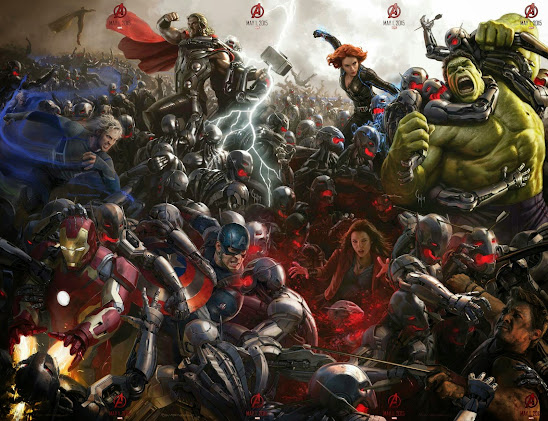 It’s not enough to simply say that Marvel’s The Avengers: Age Of Ultron will be one of the most anticipated blockbusters to arrive next year. Nope, not since its $220 million dolllar predecessor earned $1.518 billion dollars in its total run worldwide. In essence, words fail.

Disney knows this, and in lieu of the forthcoming DVD release of director James Gunn‘s surprise summer 2014 hit, Guardians Of The Galaxy, the studio is taking the opportunity to load it with a handful of great features, including an EXCLUSIVE look at the upcoming sequel directed by Joss Whedon. The footage will be included on the DVD and Blu-Ray discs while an official teaser is expected to arrive in the coming weeks.
A third Avengers film is still embryotic at the moment while Marvel’s cinematic universe remains ever growing, and likely to still include actor Robert Downey Jr. who continually likes to tease the fans regarding his own involvement as franchise co-starring lead, Tony Stark/Iron Man. In the meantime, new installations of Marvel television shows like Agents Of S.H.I.E.L.D. and Agent Carter still around to whet appetites in the months leading up to next summer. By then, well… just make sure you get your tickets early.

Marvel Studios presents Avengers: Age of Ultron, the epic follow-up to the biggest Super Hero movie of all time. When Tony Stark tries to jumpstart a dormant peacekeeping program, things go awry and Earth’s Mightiest Heroes, including Iron Man, Captain America, Thor, The Incredible Hulk, Black Widow and Hawkeye, are put to the ultimate test as the fate of the planet hangs in the balance. As the villainous Ultron emerges, it is up to The Avengers to stop him from enacting his terrible plans, and soon uneasy alliances and unexpected action pave the way for an epic and unique global adventure.

Marvel’s Avengers: Age of Ultron stars Robert Downey Jr., who returns as Iron Man, along with Chris Evans as Captain America, Chris Hemsworth as Thor and Mark Ruffalo as The Hulk. Together with Scarlett Johansson as Black Widow and Jeremy Renner as Hawkeye, and with the additional support of Samuel L. Jackson as Nick Fury and Cobie Smulders as Agent Maria Hill, the team must reassemble to defeat James Spader as Ultron, a terrifying technological villain hell-bent on human extinction. Along the way, they confront two mysterious and powerful newcomers, Wanda Maximoff, played by Elizabeth Olsen, and Pietro Maximoff, played by Aaron Taylor-Johnson, and meet an old friend in a new form when Paul Bettany becomes Vision. 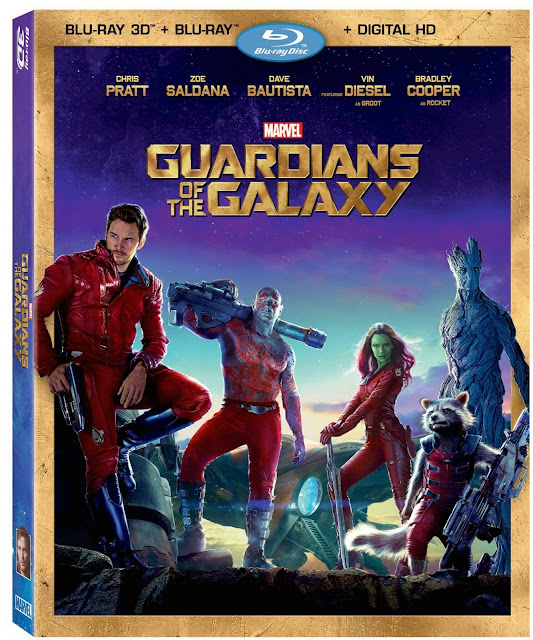 In other news, updates for Gunn‘s return for Guardians Of The Galaxy 2 for its July 28, 2017 are also still pending in addition to the current development of Doctor Strange, Thor 3, Black Panther, and helmer Peyton Reed’s current production of Ant-Man for its July 17, 2015 release. Joe and Anthony Russo’s Captain America 3 is also said to begin filming in Atlanta, Georgia this March for its May 6, 2016 release.

In the meantime, CLICK HERE for specific links to pre-order and purchase your copy of Marvel’s Guardians Of The Galaxy, which will formally arrive on 3D Blu-ray, Blu-ray, DVD, On-Demand and Standard HD on December 9, 2014, and in both Digital 3D and Digital HD formats on November 18. Get those holiday stocking stuffers ready, people!
H/T: CBM