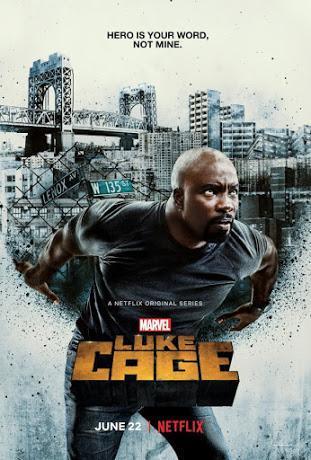 For some, June 22 can’t come faster for the Luke Cage fanbase’s binge-crowd. Despite Marvel’s own slight of hand from time to time in the headlines, I’m keen on seeing a certain partnership arise in our title hero’s efforts to clean up Harlem, with actor Mike Colter taken to task.

Actress Alfre Woodard leads the bevy of demonic anarchy that follows her reign on the town in the upper-Manhattan neighborhood where she’s claimed the noticeably-departed Cottonmouth’s stronghold. Alas, the notorious Mariah Dillard finds herself a suddenly valued commodity in the wake of the rise of another foe in the form of Jon McIver (a.k.a. Bushmaster) who showed out in stellar form with actor Mustafa Shakir commanding the role.

Both are now featured in the latest trailer for the show being shepherded once more by Cheo Hodari Coker for Netflix on the aforementioned date. Check it out!