McGYVER Heads To The Big Screen! 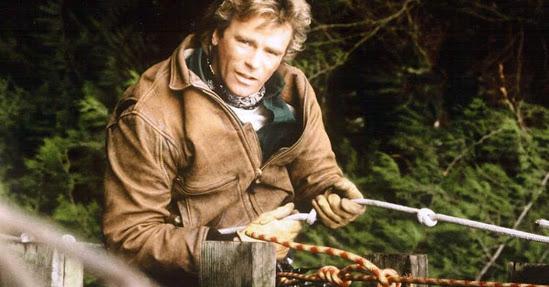 CBS is currently busy working on bringing a preceding story arc to its small screen adaptation of the hit ABC series, McGyver. Furious Seven helmer James Wan is executive producing and directing a pilot for that iteration in place of previously hoping to direct a feature film which has been in the works for sometime now and once thought to be not happening at all.
Then, Friday came and during a third quarter earnings call among those at Lionsgate to discuss the details for 2016, and it just so happens one thing led to another with word that the studio will be working with CBS to bring McGyver to the big screen. This pretty much beat my own earlier expectations as it will be yet another testament to see if a series AND a film will stand the test of time.
For those not familiar with the original show or its awesomeness, read the following description (via TV.com):

MacGyver is a different kind of hero: he doesn’t use weapons, he’s afraid of heights, and he’s an expert at making complicated machines out of ordinary things quickly. He works in the employ of The Phoenix Foundation, a think tank dedicated to improving mankind. Pete Thornton gave MacGyver his assignments, occasionally getting involved himself or lending Foundation resources for MacGyver’s various personal endeavors. Another sometimes accomplice was Jack Dalton, a long-time friend with a penchant for getting himself into trouble and relying on MacGyver for helping him out of it. MacGyver also had an archenemy, Murdoc, who sought to kill MacGyver many times, often through the use of ruses and elaborate traps. MacGyver’s first name was a secret until the final season, when we learned just why he chose not to use it.

The show’s original creator, Lee David Zlotoff, will produce the film along with Fast And Furious franchise and 21 Jumpstreet film producer, Neal Moritz.