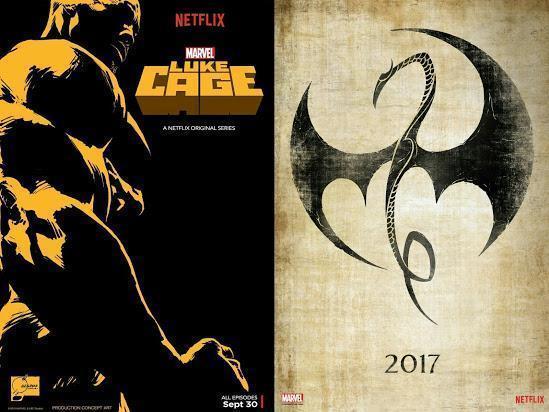 The work of building Marvel’s film and television universe continues for Netflix with the goal of inching further toward its much more grander ensemble series, The Defenders. For this, attendees at Comic Con International: San Diego got some fantastic news as did the rest of the internet with the announcement of a third season of the Charlie Cox-led Daredevil, as well as the first teaser poster and footage of Iron Fist starring Finn Jones.

All three of these are expected to arrive by next year while we also await news on the second season of Jessica Jones with Krysten Ritter and the upcoming first season of The Punisher with Daredevil S2 co-star Jon Bernthal. In the meantime, we are just a little over two months away with the season premiere of Jessica Jones series co-star Mike Colter’s on-going tale of Marvel superhero, Luke Cage, a fugitive from justice whose unbreakable skin following a sabotaged experiment behind bars make him a force to be reckoned with.
If Marvel history is anything to go by, we might see actor Jones appearing in the show before long to help establish the Heroes For Hire arc that takes place in the comics. We’ll learn more about that soon enough should it come to pass, though you can now check out all there is in new footage below with the Marvel/Netflix sizzle reel, the explosive new Luke Cage trailer, the hard-hitting new Iron Fist teaser and the first official teaser for The Defenders now online as of Thursday night!