Right now, any cursory glance over at the official Facebook fan page for the stellar new independent survival action horror, Daylight’s End, will hint you quite a bit about how well this movie has fared in the past year. Written by Chad Law (6 Bullets, Close Range) and directed by William Kaufman (The Prodigy, Jarhead: The Siege), the film has already become a hit at festivals in Texas and Oregon with more screenings pending, but folks in the U.S. won’t be too far off with an August 26 release in select U.S. theaters and on VoD, followed by an October 10 release for theatergoers in the U.K..

Director William Kaufman transforms Dallas, Texas into a post-apocalyptic wasteland in the action-packed survival horror DAYLIGHT’S END. It stars Johnny Strong, Lance Henriksen, and Louis Mandylor in a hard-driving action-horror-thriller about a rogue drifter who agrees to put aside his mission of vengeance to help rescue a desperate band of survivors in an abandoned police station, as they struggle to defend themselves against blood-hungry creatures that used to be human.

Daylight’s End will be heading to Toronto where it will next screen at the Lost Episode Festival from August 4 through 7. Follow the fanpage in the aforementioned link and take a gander at the artwork below for the U.S. announcement, and check your local cinema listings as the opening dates approach. 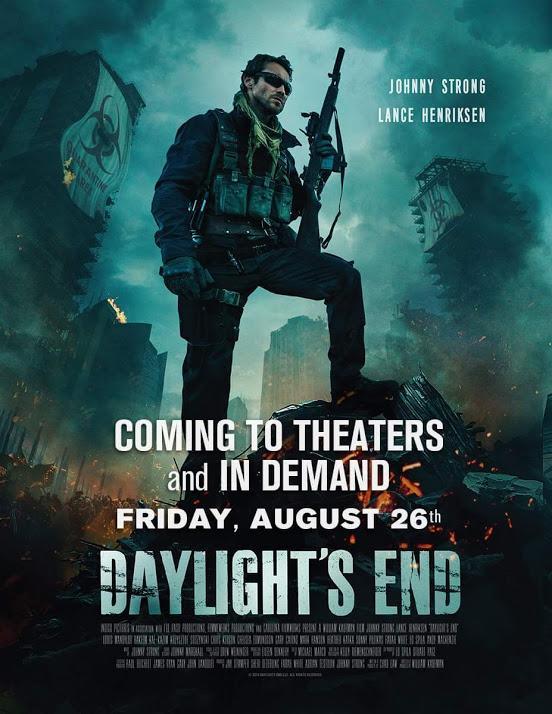