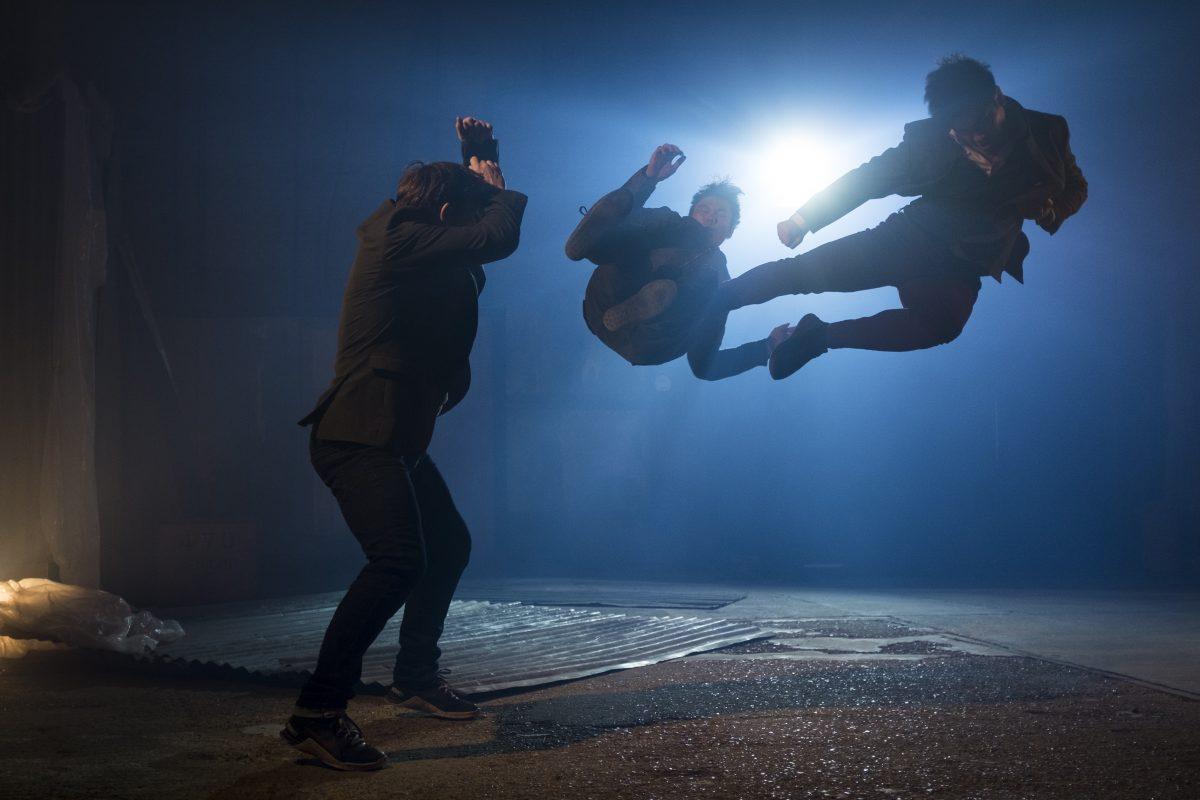 It’s been a long time coming for Marc Price’s Nightshooters since its Raindance premiere and subsequent UK release a few years back, but word now brings that North American rights have landed at Canadian outlet, Indiecan for its release.

Actor and rising fan favorite Jean-Paul Ly joins a headlining cast that lists Doug Allen, Wendy S. Glenn, Nick Aaron, Rosanna Hoult, Adam McNab and more for the rollicking story of a band of independent filmmakers forced to fight their way out of a condemned tower block one bustling night of filming after witnessing a gangland execution.

The film also stars Nicky Evans, Kaitlyn Riordan, Richard Sandling, Mica Proctor and Karanja Yorke, and features signature fight choreography by Ly, best known for delivering the goods on thrillers like Cambodian milestone hit, Jailbreak and The Prey, as well as Ross Peacock’s new shortfilm hit, Acéré, with Law Plancel. Ly’s latest role can be seen in Tom Paton’s new thriller, 400 Bullets, from Shout! Factory in the U.S. and Canada as of Tuesday.