NIGHTSHOOTERS: Jean Paul-Ly And Co. Fight To Survive In The New Red-Band Trailer

2018 is the year that things continue taking shape in post-Jailbreak fashion for rising martial arts action star Jean-Paul Ly. Alas, there he is, splashed front and center in all his glory for the martial arts crowd for Colin helmer Marc Price’s new movie Nightshooters. 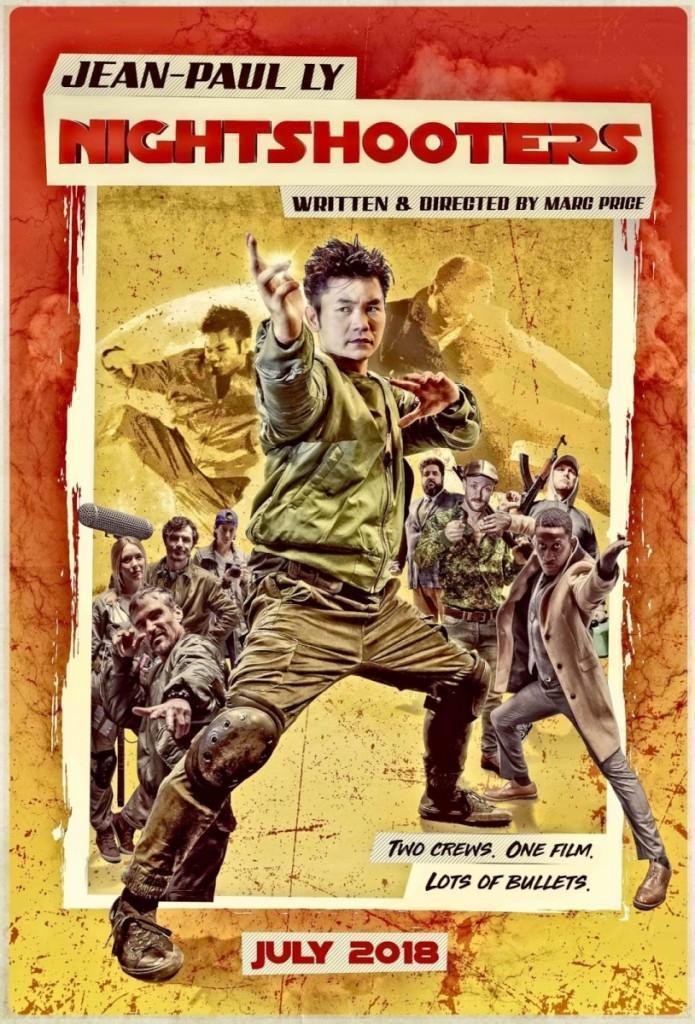 NIGHTSHOOTERS is a non-stop action-thriller about a group of filmmakers who find themselves on the run from a violent mob of criminals, after witnessing a brutal gangland execution. Unable to escape their set, the hapless film crew must use their technical skill and cinematic knowledge to survive.

As the hoods draw near to eradicate all witnesses, stunt man Donnie (Jean-Paul Ly) is forced to take his martial arts capabilities off script, putting his skills to practice for survival. The sound team resourcefully use their equipment to track their surroundings as the special effects guru disregards all the rules of set, abandoning safety to set lethal traps as the cat and mouse game of survival ensues!

The Ascendant Releasing launchpad is slated for a hopeful film festival rollout this summer while plans cuttently include a select theatrical and On Demand UK release on July 27 followed by Blu-ray & DVD issues August 13. UK outlet Flickering Myth was graced with a presentation of the first official trailer now online and in red-band form bolstered with rousing comedy and a tease of some of the best, kinetic fight thrills and spills brought to the screen.
Watch the new trailer below!