REVIEW: ROBOCOP (2014) – A Film Rebooted For All The Wrong Reasons, And A Few Right Ones

In RoboCop, the year is 2028 and multinational conglomerate OmniCorp is at the center of robot technology. Overseas, their drones have been used by the military for years – and it’s meant billions for OmniCorp’s bottom line. Now OmniCorp wants to bring their controversial technology to the home front, and they see a golden opportunity to do it. When Alex Murphy (Joel Kinnaman) – a loving husband, father and good cop doing his best to stem the tide of crime and corruption in Detroit – is critically injured in the line of duty, OmniCorp sees their chance for a part-man, part-robot police officer. OmniCorp envisions a RoboCop in every city and even more billions for their shareholders, but they never counted on one thing: there is still a man inside the machine pursuing justice. 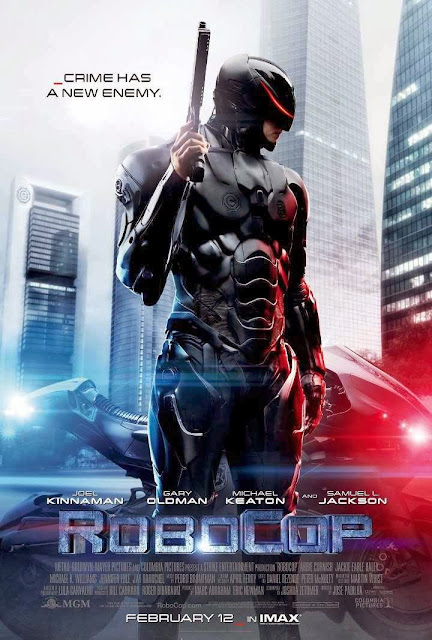 I admit, I was really headed out to see The Lego Movie on Saturday night. Although, I managed to arrive really early (I’m very punctual with movies, lol), and I didn’t feel like waiting a whole hour for the film to start. So to avoid getting home too late considering my Sunday started early, I decided to catch one other film that has been making the rounds which I have also been curious about. And as far as opinions go on the consensus regarding Paul Verhoeven remakes, I didn’t regret watching Robocop. Although it does have its hits and misses.

In other news, Verhoeven’s 1997 action adventure, Starship Troopers is also getting a remake.

REEL TIME: LBP Stunts Chicago (2014) Feel The Sting Of Action In The New Shortfilm Trailer For THE BLACK WASP STRIKES