RISE OF THE LEGEND Gets New Poster Art And A Kick-Ass Teaser!

VALHALLA: Gods, Monsters And Men At War In The Official Australian Release Trailer

TRAIN TO BUSAN PRESENTS: PENINSULA, As Gang Dong-Won Battles In The Badlands In The First Epic Trailer

THE WHITE STORM 3: Andy Lau Set To Return For The Action-Packed Crime Threequel

NE ZHA: BIRTH OF THE DEMON CHILD Review: Get A Grip Of Destiny And Make It Yours!

Survive The Weekend With Twelve Hours Of Garage Hero Action With GUN CALIBER, YAKUZAMBIE And More!

THROW DOWN: Johnnie To’s 2004 Action Drama Gets A 4K Bodyslam Onto UK Blu-Ray In May

THE GUYVER: The Bio-Boosted Armor Returns On Blu-Ray This June In Canada

RISE OF THE LEGEND Gets New Poster Art And A Kick-Ass Teaser! 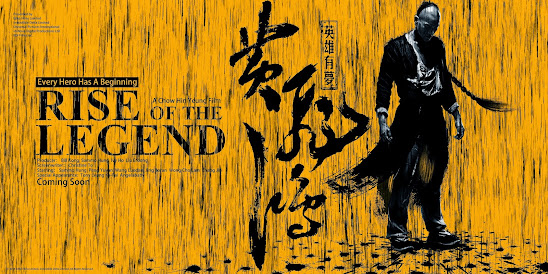 Following Universal Pictures’s participation as co-producers and international rights holders with Edko Films Ltd. for director Roy Chow‘s Rise Of The Legend, the film is now poised for a November premiere in China and has an exquisite new teaser and promo art this week.
Written by Christina To, the new film is a origin-based re-observation of the classic kung fu hero, Wong Fei-Hung, in a story that focuses on Wong’s younger years as a gangster before becoming iconic martial arts master and healer he became known for. The film also marks the latest of challenges for actor Eddie Peng, after starring in last year’s MMA feature drama, Unbeatable. Peng‘s lack of genuine training was an issue among the longstanding Wong Fei-Hung faithfuls mostly familiar with previous stars like Jet Li, late actor Kwan Tak-Hing, and others in previous movies. Suffice it to say, Peng took the challenge head on with action director Corey Yuen designing the necessary kung fu action, and based on the new teaser, it looks like a keeper.
Rise Of The Legend also stars Wang Luodan, Jing Boran, Wong Cho Lam and Zhang Jin, in addition to actor Tony Leung Ka-fai, actress Angelababy, and action legend and producer Sammo Hung.

THE WHITE STORM 3: Andy Lau Set To Return For The Action-Packed Crime Threequel 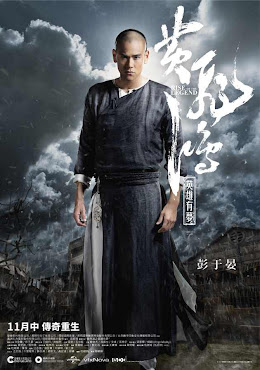