R.L. Scott Unveils "Justine" For His Upcoming Film, THE SMUGGLER

With pre-production now underway, the director is sharing a bit of new information on something that may excite all you car enthusiasts out there. It is the newest automative addition to the film’s main cast in the form of a classic 72 Mustang, the “hero car” of the film affectionately named “Justine” to be driven by actor Maurice Whitfield, who will also executive produce. 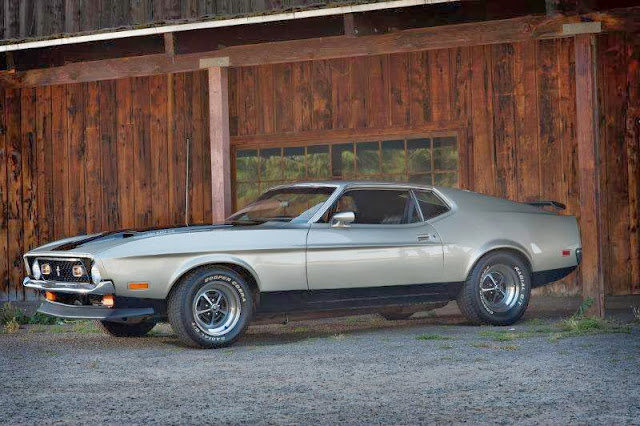 In The Smuggler, Whitfield will take the lead as Mason Luke, a world class smuggler who gets caught in the middle of a war between two powerful corporations while trying to smuggle a young woman into the country. Scott will produce, write and direct, as well as choreograph the action. Also starring ard actress Monyque Thompson Scott, Kevin Lukata, George Vincent and actress and producer Ryann Graye.

In the meantime, Call Me King may be headed for a 2014 release (you can CLICK HERE to view the trailer). By then, Scott will kick off the New Year his newest venture into superhero movie territory with the production of the sci-fi fantasy action adventure thriller, Street Team, in addition to six “One-Shot” short films to deliver action genre fans a fresh, new superhero universe.
Stay tuned for more information as it comes.

THOR: THE DARK WORLD Gets IMAX Treatment Starting This Friday Watch The New Trailer For THE RAID 2: BERANDAL