Independent filmmaker, martial arts action cinema favorite Eric Jacobus is back once more with the current filming of the action comedy follow-up short, Rope-A-Dope 2: The Return Of The Martial Arts Mafia. The sequel officially began production back in May, roughly a year since the first installment, Rope-A-Dope, was released, featuring Jacobus in a Groundhog Day-style short story about a Dope who wakes up everyday re-living the same bad luck over and over again until he finds a way to break the vicious cycle, leading to a hyper-kinetic final fight with a gang of martial arts thugs, led by Barrio Brawler co-star, actor and longstanding member of The Stunt People, Dennis Ruel.

Produced by Hollywood stuntman Clayton J. Barber and Death Grip co-star, actress Rebecca Ahn, Rope-A-Dope ultimately began its film festival run last summer, leading to a second place award at the Toronto After Dark Film Festival last November, and an award for best short film at the Sundial Film Festival in California earlier this year, among other things. This time, Jacobus and his team are back with an immensely talented line-up of action actors and stunt performers helping embody the Dope’s next misadventures as we learn more about the Martial Arts Mafia, and that the Dope is not the only one who can restart the day.
Filming is expected to continue from now through Monday with a hopeful release sometime in the Fall. In the meantime, a batch of new set pics are now making the rounds courtesy of the team, and you can now check those out below. And while you’re here, subscribe to the official Facebook page and spread the word! 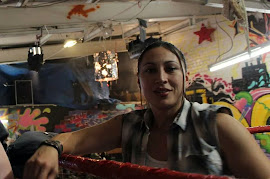 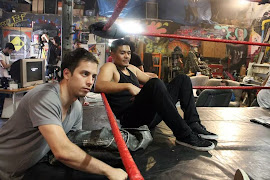 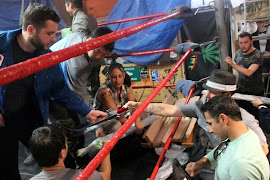 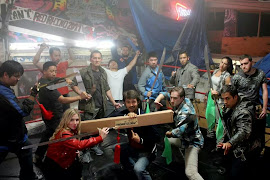 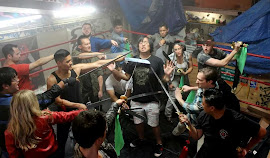 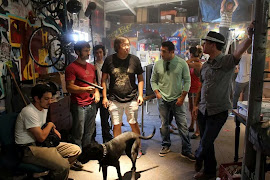 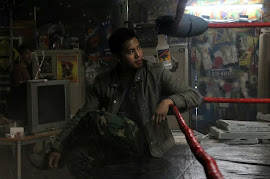 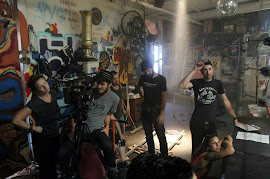 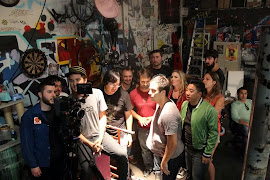 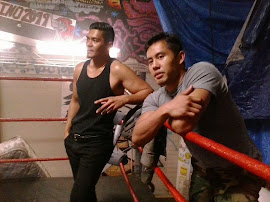 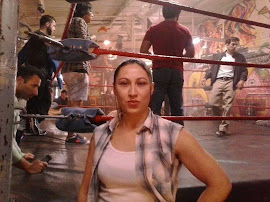 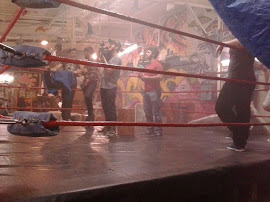 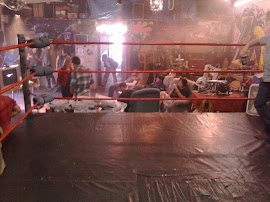