RUROUNI KENSHIN Returns To Japanese Film Festival This Year, And Much More!

JESUS SHOWS YOU THE WAY TO THE HIGHWAY, THE WOMAN, BLOODTIDE And More Head Up Arrow Video Channel’s June Line-Up

Review: THE DEBT COLLECTOR Pays In Full With Another Solid Adkins/Johnson Package [Reprint/Revisal]

UNLEASHED: Vengeance, Redemption, And ‘Guyver Kicks’ In The Latest Trailer

RUROUNI KENSHIN Returns To Japanese Film Festival This Year, And Much More!

The latest and forthcoming releases of the final two-part sequel to the Rurouni Kenshin franchise, Rurouni Kenshin: Kyoto Inferno and Rurouni Kenshin: The Legend Ends, have become a sprawling event for director Otomo Keishi and the cast while on its current tour in major nearby cities and countries to promote the film; One event is already scheduled for September 3, 2014 at the Shinjuku Picadilly Theater in Japan while other countries, including Taiwan, Indonesia and the Phillipines have planned releases of their own, with other territories still pending. And that’s not all…

Fans of Asian-cinema in Australia and New Zealand can expect to be treated with a flurry of up to over forty-five Japanese titles to be screen between now and December with the upcoming mid-October kick-off of the Japanese Film Festival in Adelaide. Events will extend to Sydney and Melbourne with over ten titles screening in several cities, including the ENTIRE Rurouni Kenshin trilogy. Festival attendees and Kenshin fans alike can expect an announcement soon, so feel free to subscribe to the festival’s offical Facebook page to keep up-to-date on what’s what.
In the meantime, the impending release of Rurouni Kenshin: The Legend Ends has three new TV spots for its release on September 13, as well as a promo spot for its Shinjuku opening following the latest epic trailer. Check those out below as well as some extra poster art for the films! 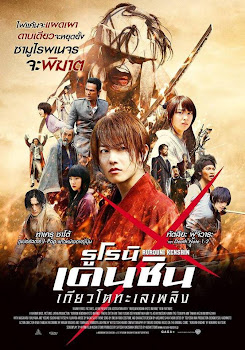 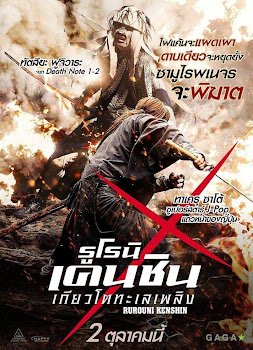 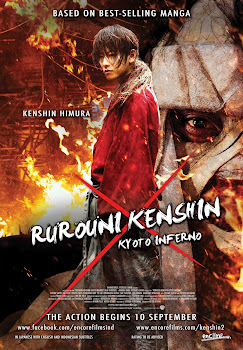 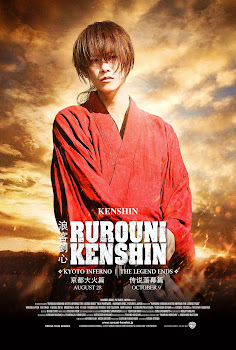