THUNDERBIRD Trailer: Seo Hyun-Woo Gives Chase To The Hottest Wheels Of The Night

EMERGENCY DECLARATION Review: Measuring Terror At 30,000 Against All Odds

New Jersey detective, Nick Cassidy (Dolph Lundgren) heads to Bangkok where he teams up with Thai detective, Tony Vitayakui (Tony Jaa) to hunt down Viktor Dragovic (Ron Perlman) and destroy his human trafficking network. Nick had mistakenly killed Dragovic’s son in a sting operation on the New Jersey docks, and Dragovic responded by attempting to kill Nick and his family. Nick miraculously survived the brutal attack, but his wife and daughter were killed. With nothing but vengeance to live for, Nick and Tony traverse their way through the Bangkok underworld in search of the elusive Dragovic. Meanwhile, FBI Agent Eddie Reed (Michael Jai White) is sent in to bring Nick home. But as the crossfire ensues, Nick has to determine who his true allies are.

It’s taken close to twelve years since first breaking out with the 2003 hit film, Ong Bak, followed by a string of movies that have highlighted action star, actor Tony Jaa‘s career in its first stages of evolution. Nowadays, he’s found himself among a broader range of people and opportunities, one partly led by none other than fellow cinematic action hero, Dolph Lundgren as both take the international leap in director Ekachai Uekrongtham‘s action-packed crime thriller, Skin Trade, with a great cast and formula for storytelling that does contain some highs and lows, while otherwise still enjoyable from start to finish.

Lundgren and Jaa portray the respective roles of New Jersey detective Nick Cassidy and Thai detective Tony Vittakayul, unbeknownst to each other as both are on their own missions to take down Viktor Dragovic, a well-protected Serbian international crime boss whose family controls multiple pockets of their human trafficking crime ring. How protected is he? Well, eventually, Dragovic is caught and detained by the police until legal technicalities allow him to roam free once more…but not before retaliating  in blood. 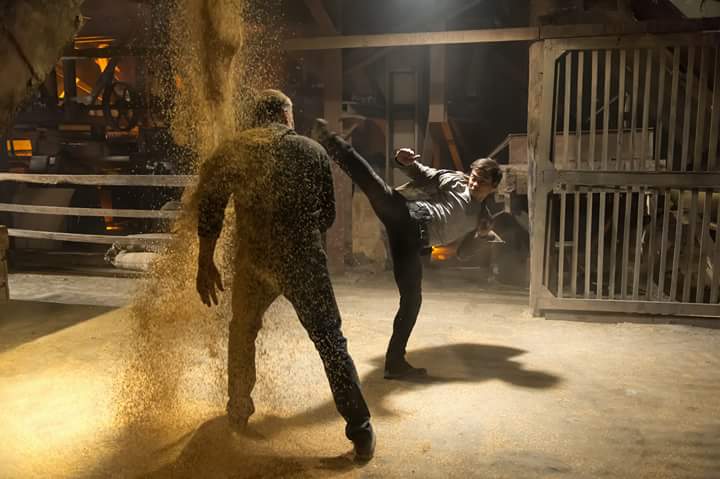 Cassidy is ambushed and barely survives the firey attack on his home, and with his wife and daughter presumed dead, he goes rogue and armed to the teeth to find Dragovic once and for all. Eventually, Cassidy’s own police force tracks down him in Thailand with the help of Vittakayul and his team, but the sting turns deadly real quick, forcing Vittakayul’s hand as he chases Cassidy through the streets and alleyways of Bangkok. Little do they know, however, there is a red herring among them playing the two against each other, and both must work together to learn the truth while putting an end to Dragovic’s business before more girls are sold and enslaved.
Lundgren reportedly spent seven years on the script for this film before production finally began in late 2013. Scribes Gabe Dowrick and Steven Elder also lended a hand in crafting this, one of Lundgren‘s more personal endeavors in film pertaining to the subject matter at hand, into a workable narrative for a noteworthy action movie for fans of the genre, and much as well to the favor of fans of fellow cast member Jaa and action star Michael Jai White.
Most of the movie is well acted, particularly with thesps like Peter Weller and Cary Tagawa, actress Tasya Teles and actor Mike Dopud who make the most out of what little time they have on screen, as well as actor Ron Perlman whose performance as the main villain of the film quite nicely. More to the point though, the film plays well to the experimental nature of having Lundgren and Jaa working together on the screen for the first time since becoming friends for as long as they have been so. As it stands, they work great together, but more importantly, in addition to his scenes with supporting actress and co-star Celina Jade in the role of girlfriend, Min, we also see Jaa‘s acting muscles much more fleshed out than in his earlier films. It takes some getting used to in the first act, but in the second and third, Jaa‘s chemistry with Lundgren, Jade and White becomes something much more credible in Jaa‘s upward mobility into other markets as an actor. As for Lundgren, for as long as he’s been kicking butt on camera, he never ceases to be a step ahead of anyone during a foot chase. Lundgren is still the cinematic heavy-hitter for which he has made himself known, showing he has what it takes to lead a well-balanced film that entertains. 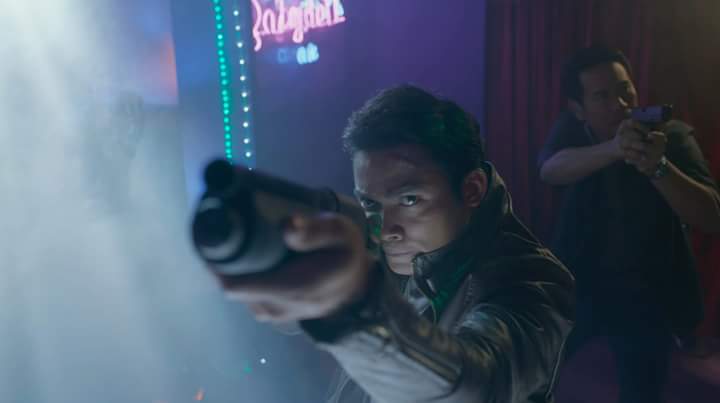 Several of the performances also become stronger well into the second-half including Jade‘s and Perlman‘s. Ultimately though, beyond his recent minimal Hollywood debut role in Furious Seven, Skin Trade presented ample opportunity for Jaa to stand out more than he was able to in his earlier career, and for this, it truly is Jaa‘s show. Both of Jaa‘s fights between Lundgren and White were solid, although fans will surely get much more of a kick out of seeing White and Jaa go toe to toe as well. The techniques are solid and the cinematography was excellent enough so as to SHOW the choreography and its execution making it a much more awesome experience, which is important for almost any action fan.

Skin Trade was my first foray into Uekrongtham‘s work while not having yet seen films like Beautiful Boxer (2004), Pleasure Factory (2007) or The Coffin (2008). Dowrick’s and Elder’s script does reveal some key plot points sooner than preferred which tends to upend some of the intensity this film was meant to have. Other than that, Uekrongtham does an adequate job in spearheading this latest effort with such a diverse cast and talented actors who’ve left a mark in action film history over the years, and while I maintain my vaguery on the film’s plot points, I certainly hope Skin Trade, or perhaps further prospects for Lundgren, Jaa and White to work together again. And I’m sure action fans wouldn’t mind that in the least.
Magnet Releasing will release Skin Trade in the U.S. for its digital and theatrical release on April 23 and May 8 respectively