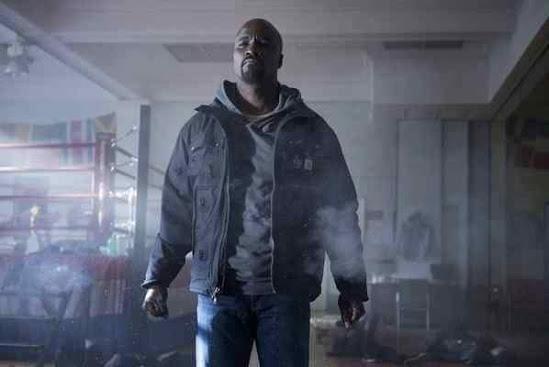 Marvel and Netflix are already underway with production on the upcoming series installation of The Defenders. In the meantime, what awaits now is a second season of hit series Luke Cage which premiered on September 30 to rousing approval from fans and critics alike.
A genuine blend of crime, action, romamce and sci-fi with ample layers of hip-hop and soul with an inclusive and resonant message that spoke to current events, the show centers on Mike Colter in the title role back from his debut in Jessica Jones over a year ago. Here, Cage’s simple, quiet life is interrupted with the emergence of crime, dirty politics, and a lingering past that threatens to destroy him with Harlem hanging in the balance.
For the most part, critics agree that Marvel’s acclimation on Netflix is doing quite the service, especially with previous shows like Daredevil and Jessica Jones which are all lined up for more seasons. The level of action and violence that tones adequately with the accumilating intrigue and drama from the various relationships, developments and character arcs have equipped these shows with a relatable delivery that all but surely pulls in viewers, and the same can especially be said for The Punisher who just had a co-starring appearance earlier this year on Daredevil before finally getting his own series as well.
Colter is joined by actresses Simone Missick, Rosario Dawson and Alfre Woodard, and actors Mahershala Ali, Theo Rossi and Erik LaRay Harvey for season one which is already available on Netflix. If you’re at all new to the show, make a habit of watching it if you can, because season two is coming as seen in the announcement video below!

GUARDIANS OF THE GALAXY: VOL 2 Reveals More Than Chris Pratt Wanted In The Newest Teaser Trailer! THE MUMMY Awakens Online With The First Official Trailer