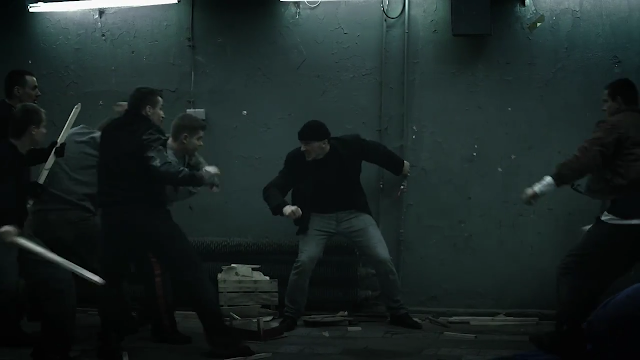 Director Spike Lee’s reprisal of Park Chan-Wook’s cinematic revenge classic, Oldboy, didn’t exactly hammer in some good box office ratings, but that hasn’t dimmed the adamant love and appreiciation that fans share for the story that Park inspired in 2003. With that in mind, the folks over at Polish martial arts action and performance troupe, Stunt Forces created the destructive visuals emulated in the iconic hallway fight scene set to the tone of writing and directing duo Natalia Jakubowska and Luke Gronowski‘s newest music video featuring Lemko-Polish rock singer and musician Misia Ff performing Kartonem, which centers its entire theme of romance and heartbreak in the first verse: “Ja za tobą murem ty za mną kartonem” which basically translates to “My love is like a rock, yet yours is like cardboard.”

Stunt Forces has been around for about eight years now and their work, which you can view at their YouTube channel has become qualitatively bigger and ambitious with each video. Their latest labor of love, a Chuck Norris tribute titled Old Wolf which pits the best of the actor’s most memorable roles in one fan trailer shows a continual, inherent dedication these folks have to the action genre, and I look forward to hearing more from these folks in the coming year.
In the meantime, check out Misia Ff‘s new video in the embed below and feel free to purchase her album wherever digital downloads are sold. And remember to subscribe to Stunt Forces’ offical YouTube channel and Facebook page — They’re not done blowing minds just yet!
Special thanks to Stunt Forces member Tomasz Lewandowski for his contribution to this article as well as the video!