See Red In The Brand New Poster For THE HUNGER GAMES: MOCKINGJAY PART 2!

There’s no question as to the success of Lionsgate’s longstanding live-action novel franchise, The Hunger Games, as much as the studio has been milking social media for all its worth to engage millenials and fans of the book series alike. The franchise has endowed its lead actress, Jennifer Lawrence as one of the most bankable movie stars today with a young cast that has given the film’s a life all their own through public exhibitions and posters, and event gatherings among all else, and with a little over four months left until the film’s November 20 release of The Hunger Games: Mockingjay Part 2, it’ll be all about the marketing…and the marketing, the marketing…and yes, the marketing.

Several cast posters have been going viral on social media and various websites while the most recent trailer has made the rounds. This week, the studio is catching a little more fire with Lawrence in full-red warrioress fashion in the latest poster which you may now view below, as well as the brand new motion poster announcing what’s to come. Peep those beneath this write-up and keep your eyes peeled for more content. 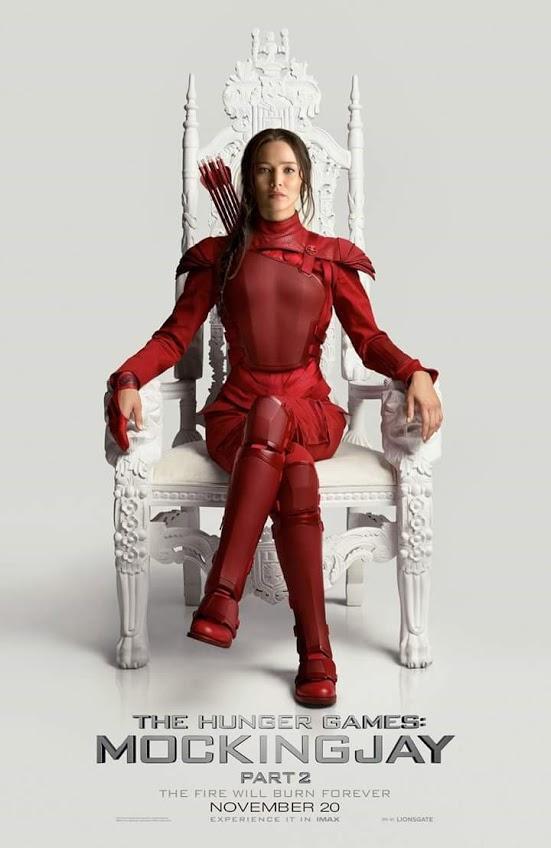 Fantasia 2015: The New Trailer For THE DEMOLISHER Is Dripping With Blood! SDCC 2015: The New Promo For BLINDSPOT Shows Just How Badass Jaimie Alexander Is!