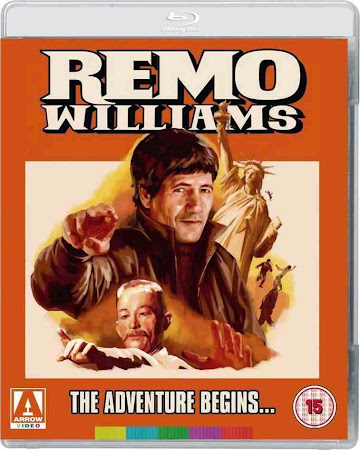 Director Guy Hamilton’s 1985 mystical action caper comedy classic, Remo Williams: The Adventure Begins, a live action version of the mens’ action novel franchise, The Destroyer, was a cult hit at the time despite mixed reviews and poor commercial performance. Nonetheless, it kept fans clammoring for a sequel, or even so much as a reboot, which was finally announced back in 2009.

This week, the official word now is that Iron Man 3 helmer Shane Black is coming abord to direct The Destroyer, a live-action revival of the classic character, from a script by Fight Club scribe Jim Uhls, and novel co-author James Mullaney. Mullaney was one of the latter authors who continued the mens’ action novel series from its genesis in 1971 from then-partners Warren Murphy and late author Richard Sapir before its end in 2008. Deadline describes it as follows:

Williams was a Newark cop until he was framed, sentenced to death, then resurrected following a botched execution. He is given a second lease on life serving in the enforcement arm of the clandestine U.S. government agency CURE. Williams teams with the Asian assassin Chiun and together they clean up and eliminate those who oppose America’s interests.

A new blu-ray version of the original film is now available in the UK courtesy of Arrow Films as of last month. Black is also poised to direct an “inventive sequel” for the Predator franchise. Stay tuned for more info.