[UPDATED] Shankar's I Releases Today In India. Check Out The Spectaculer Trailer!

UPDATE: A previous version of this article stated Yuen Woo-Ping directed the action. H/T to reader Josh Hurtado for issuing the correction! 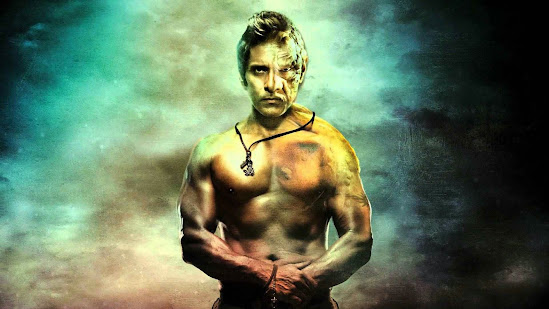 Director Shankar Shanmugam‘s latest film is out as of today in the form of the new romantic fantasy action flick, I, and basically it’s Bollywood as Bollywood gets. The latest trailer below really flexes its muscles with every shot as epic as the one after it, loaded with eye-popping imagery, illustrious costume design and stunt sequences courtesy of coordinators Peter Ming and Alfred Hsing, all delivered in usual epic fashion.

The film is available in Tamil, Telugu, Malayam and all major Indian languages, and will be the first to be dubbed in Chinese upon its release. I is produced by V. Ravichandran under his Aascar Films banner with actor Vikram and actress Amy Jackson starring.

Director Rupert Sanders’s GHOST IN THE SHELL Gets A Release Date China’s OUTCAST Re-Launch Gets Re-Cancelled While eOne Unveils Its New U.S. Trailer