Football fun aside and with another year to go until Super Bowl LIII, anyone still glued to a TV set or the internet managed to get full glimpse of the official trailer for Skyscraper and all the exciting action that awaits with actor Dwayne Johnson. The film is headlining a 3D release for July as well which seems a fitting move given some of the shots in the trailer as the extra layering may certainly enhance the experience and turn up the summer heat some.

Global icon Dwayne Johnson leads the cast of Legendary’s Skyscraper as former FBI Hostage Rescue Team leader and U.S. war veteran Will Sawyer, who now assesses security for skyscrapers.  On assignment in China he finds the tallest, safest building in the world suddenly ablaze, and he’s been framed for it.  A wanted man on the run, Will must find those responsible, clear his name and somehow rescue his family who is trapped inside the building…above the fire line.

Rawson Marshall Thurber reunites with his Central Intelligence star and features a cast that also lists Neve Campbell, Chin Han, Noah Taylor, Roland Møller, Byron Mann, Pablo Schreiber and Hannah Quinlivan. As for the trailer which is jam-packed with spectacle, I found myself instantly sold, which means I might stave off seeing any future promotional footage on it since I’m already pleased but… that’s just me. 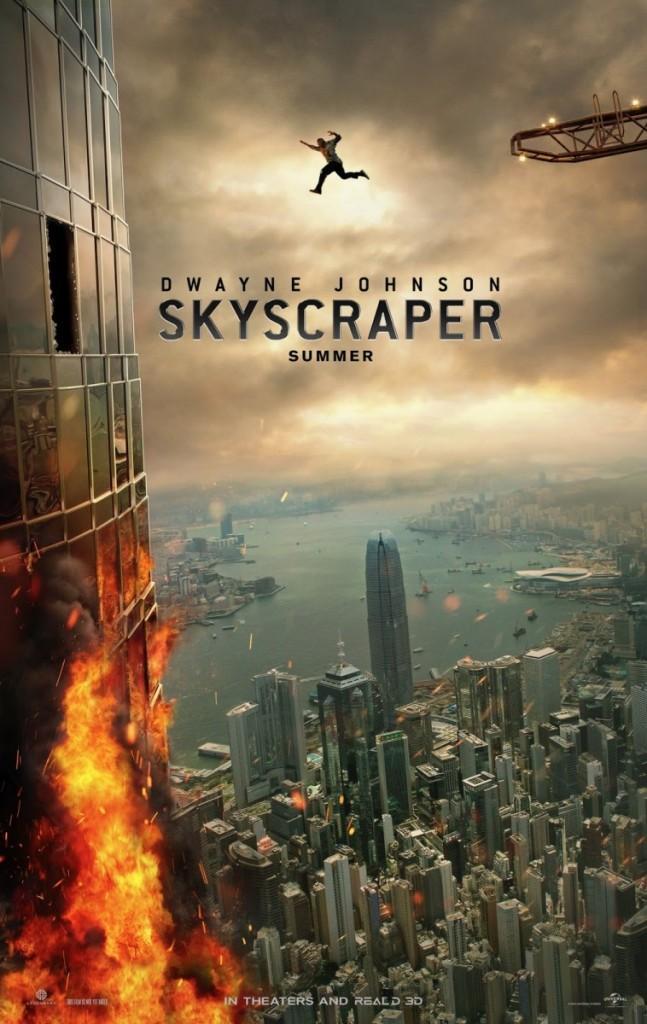