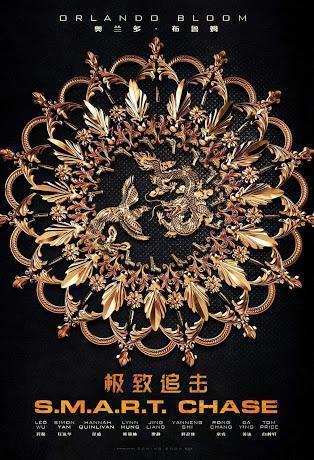 Pirates of the Caribbean and Lord of the Rings franchise co-star, actor Orlando Bloom’s most recent starring and producing venture with heist/retrieval action thriller, S.M.A.R.T. Chase, hit an unfortunate legal stumble last year with production company Das Films. It’s never a fun gig to endure with a production being the launchpad of a new banner but it’s still one that BlissBloom Productions is counting on as a good first push and legal matters aside, the casting here will be a likely huge sell for moviegoers next to its action and spectacle.

The film itself hails from Night Fare helmer Julien Seri who flexes his share of muscle behind the lens for Bloom as he leads the cast in the role of Danny Stratton, an underdog private security agent whose team, S.M.A.R.T., is propelled into a high-speed chase throughout Shanghai for a valuable Chinese antique in lieu of a deadly conspiracy that ultimately puts lives at stake. Joining Bloom is The Great Wall and upcoming Pacific Rim: Uprising co-star, actress Jing Tian, along with Leo Wu, Cao Kefan, Liu Enyou, signature thesps Simon Yam (S.P.L., S.P.L. 2) and Shi Yanneng (The Wrath Of Vajra).
Check out the first official teaser below.

JOJO’S BIZZARE ADVENTURE: DIAMOND IS UNBREAKABLE: The Stands Take A Stand In The Newest Trailer Shortfilm Review: I AM NOT THE DEVIL (2017)