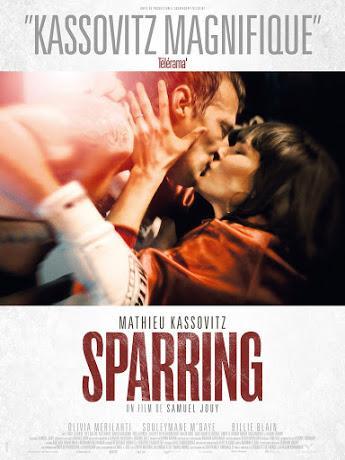 A notable actor with dozens of credits in his wake, Samuel Jouy is taking a backseat and behind the lens no less with his directing debut, Sparring. Matthieu Kassovitz headlines the film which has since garnered positive lip service following festivals screenings Switzerland and Japan this year and will now make its case in front of French audiences with a January release from EuropaCorp.

Boxer Steve Landry (Mathieu Kassovitz) has lost more fights than he’s ever won. But he’s never given up on his career. Now over 40, he’s pretty much washed-up in the ring. His one last chance to dazzle his wife and kid is to become boxing great Tarek M’Barek’s sparring partner. But constantly refusing to hang up his gloves, he risks losing everything.

Kassovitz himself also earned recognition at Locarno with The Excellence Award Moët & Chandon, something worth mentioning as a nice little bookend in lieu of his latest celebrated performance. Also starring are Olivia Merilahti, Souleymane M’Baye, Billie Blain and Lyes Salem with a script by Jouy and scribes Clément Roussier and Jérémie Guez.

Catch the trailer below.