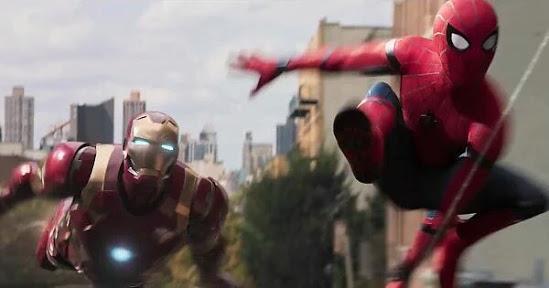 I grew pretty fatigued in the months before and after Sony’s 2014 attempt at a summer sequel with Marvel wall crawler, Spider-Man, and before I go any further, I still am, sort of. All of the tedious energy it takes to cover comic book movies – from micro updates on images to casting announcements and confirmations is why I largely don’t cover comic book movies as much as I’d like to, and especially with all of the developments there were at the time for actor Andrew Garfield’s succession into battling the Sinister Six along with the studio’s further push for a possible female Spider-man project in the works.

Thus, and in the spirit of togetherness following last year’s post Sony e-mail hacking updates, we’ve mostly scratched all of that for the time being and largely in part due to the spotlight now on actor Tom Holland who has been more than enthusiastic on social about his place in the current Marvel universe as the friendly neighborhood web-flinger prior to his debut in this year’s Captain America: Civil War. He proved himself then, though now as a solo act (with the exception of Robert Downey Jr. further setting the table as billionaire Avenger Tony Stark a.k.a. Iron Man), Holland now takes the stage in director Jon Watt’s Spider-Man: Homecoming, as our hero tries to balance out life as a high school student in Queens, New York City, and as a superhero in the making opposite. Actor Michael Keaton trades in the wings of Batman and Birdman for that of supervillain, Vulture, among the film’s other antagonists.
The beautiful Marissa Tomei also returns as Aunt May from Civil War, joining a cast that rounds out with Donald Glover, Jacob Batalon, Laura Harrier, Tony Revolori, Tyne Daly and Bokeem Woodbine. Spider-Man: Homecoming, which premiered its first official trailer late Thursday evening on Jimmy Kimmel’s late night show on ABC is online ahead of its July 7 release.
Check it out!

Sky/Cinemax Action Series, STRIKE BACK, Reactivates With A New ‘Fast And Furious’ Cast, Plot Details WAR FOR THE PLANET OF THE APES: Matt Reeves’s Continuing Allegory On Mankind’s Destructive Devolution Wages On In The First Official Trailer