STREET FIGHTER: WORLD WARRIOR Is Back In Development For A Series Adaptation 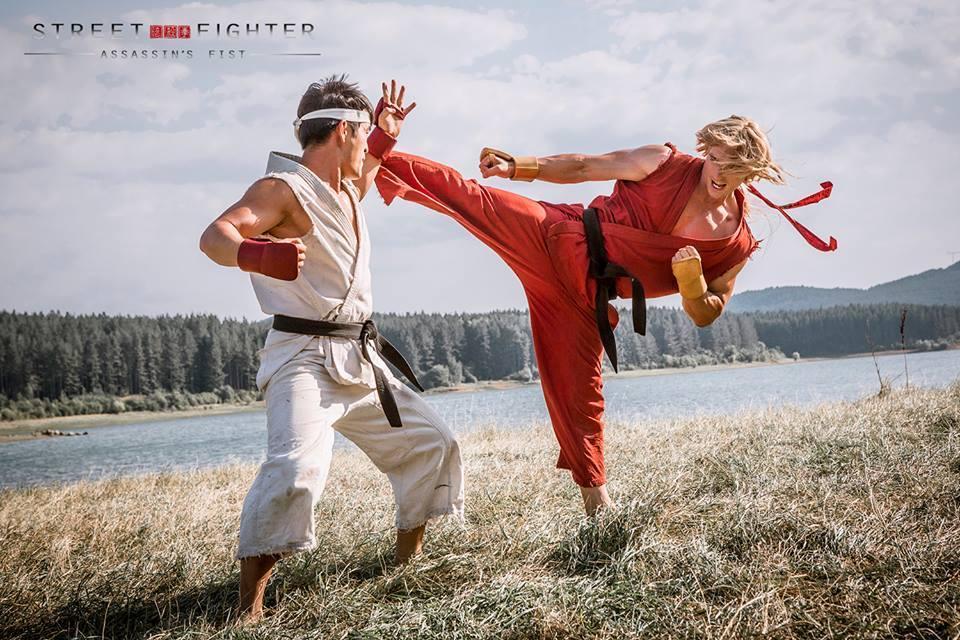 The last eight years have been some of the most electric for fans of Capcom’s Street Fighter game franchise. Actor and martial artist Joey Ansah’s hit webseries, Street Fighter: Assassin’s Fist and its included feature film edit were an epic delight that showed the world that adapting a fighting game into live-action was possible.
Sadly, any news of a follow-up season with the announced Street Fighter: World Warrior program would land in limbo with Machinima holding all the cards at the time leading up to the go90 rollout of Street Fighter: Resurrection. It was an interesting segue but it left a lot of fans outside North America feeling excluded as go90 didn’t brought cast the show anywhere else.
I can’t speak fully on what happened thereafter save for my own hopes that Ansah’s vision would fully come to pass as quiet as things have been. Thankfully, and to the delightful shock of many, trade news sources are now running with word followed-up at Deadline that Entertainment One/Mark Gordon have closed a deal to officially produce the Street Fighter: World Warrior series fans have been waiting for for what feels like ages.
Ansah, who stars in Assassin’s Fist which he also helmed as well as go90 miniseries Street Fighter: Resurrection, is rejoining once more with Jacqueline Quella and Mark Wooding, to executive produce the series that will follow the four protagonists: Ryu, Ken, Guile and Chun-Li, as their individual journeys see them converge and work together to fight through the World Warrior tournament run by evil Shadowloo figure head and hulking force to be reckoned with, M. Bison.

“Street Fighter is a global tour de force franchise, having garnered immense worldwide commercial success and built a vast devoted fanbase that has only grown through its 30 year legacy. We are thrilled to be teaming up with Joey, Jacqueline and Mark, who are already so deeply connected to this brand, to bring this adored story to television audiences everywhere,” said Mark Gordon, eOne’s President and Chief Content Officer, Film, Television and Digital. “A particular strength of Street Fighter is the wide range of ethnically diverse characters and powerful women featured in the game. It will allow us to build an inclusive and engaging TV universe.”

“After a long search, guided by the team behind Assassin’s Fist, we are delighted to be partnering with a company with the outstanding TV experience of Mark Gordon and eOne. They have the credentials to help us launch a faithful adaptation of Street Fighter as a major TV series,” said Yoshinori Ono, Capcom Executive Producer for Street Fighter.

Anash has long lauded the series as a signature project hailing the possibility of bringing video games to life in cinematic form. He proved so with positive responses gained from a three-minute proof of concept he did with Owen Trevor, and martial arts stars, actors Jon Foo and Christian Howard, the latter who would not only go onto recur in the series as Ken next to actor Mike Moh as Ryu, but help create and foundate the very universe envisioned with Ansah for fans.
In casting, not much is known about what is happening with the role of Chun-Li as Ansah is known to be very careful and observant in choosing. As for his choice for the role of Guile, however, I’m almost certain Boyka fanatics are holding Ansah to account after stating the following to readers of Shogun Gamer in 2013:

“…I’ll tell fans now, if we succeed with Assassin’s Fist and move on to the World Warrior I can say now that I want Scott to be my Guile. Look at how Scott looks in Undisputed 2 and imagine that but with blonde hair and an American accent. He would make a killer Guile.”

Fans who were able to catch Resurrection also got a surprise glimpse of the notorious M. Bison which might hint further just who Ansah has in mind to wear the signature red military garb and cape once more.
Ansah, also best known for stunt and acting credits in The Bourne Ultimatum, Green Street Hooligans: Underground and series Beowulf, can be seen battling opposite Tom Cruise in Christopher McQuarrie’s Mission: Impossible – Fallout this summer. eOne is handling international sales on Street Fighter: World Warrior.
Stay tuned!