THE ASSASSIN Gets A China/HK Release Date 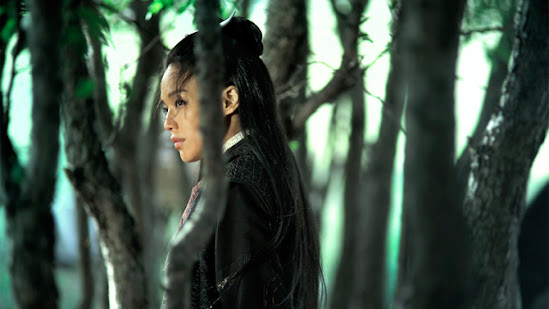 The Toronto Film Festival is already gearing up for a delightful set of films from all genres for its respective segments, including Tuesday’s Masters programme announcement for the year. Those intetrsted in a wider array of cerebral filmmaking can check out all that’s available below – the biggest one, of course, for fans of action being Hou Hsiao-Hsien‘s Cannes favorite, The Assassin, which now has a release date on deck for August 27 release in China and Hong Kong before opening in Taiwan the next day.

Ninth century China. A general’s ten-year-old daughter Nie Yinniang is abducted by a nun who transforms her into an exceptional assassin. Years later, she is sent back to the land of her birth with orders to kill the man to whom she was promised. Nie Yinniang must now choose between the man she loves and the sacred way of the righteous assassins.

Seven years in the making under painstaking and tedious production hinderances are largely what make this one a crowning achievement despite its ballooned budget. Alas, this should be yet another welcoming addition to audiences in the U.S. when the film releases via Well Go USA in the next several months after folks in TIFF attendees get to lend an eye first.

Hit up the official website for details on the Masters programme and more, otherwise watch the latest official trailer below in case you missed it, as well as the poster gallery just beneath.

A Samurai And His Cat Face The World In The New Teaser For SAMURAI CAT 2: A TROPICAL ADVENTURE TWC Grants SHANGHAI A Limited Release On August 27!