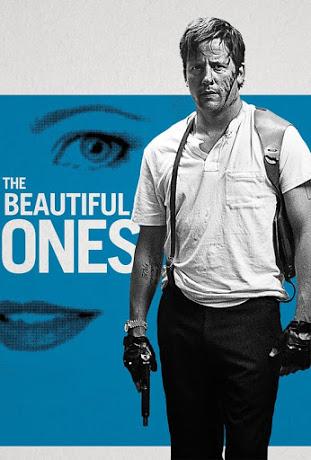 While action fans wait patiently for what’s to come with Jesse Johnson’s newest on Accident Man and Triple Threat, his most recent topic of acquisition, The Beautiful Ones, already comes as a highly accredited piece of work. The film, starring Ross McCall (Band Of Brothers) as a L.A. mob family shylock who falls in love with a rival family’s daughter amid a brewing turf war, was brilliantly shot and screened in Black and White, coupling it with an aesthetic that lended its signature appeal and making it the kind of film that we nary see this day and age.
Close to never, in fact. Thus, one has to wonder why Gravitas Ventures, after acquiring the film in February, would even bother selling it in color. That appears to be the case now in the most recent trailer making the rounds as if it looks to sell a different movie almost altogether to a certain extent. Those who’ve seen it and likely gave glowing reviews in the past year or so know what I’m talking about and hopefully this is just a ruse but the film doesn’t need to be sold in color in order for it to work as the movie itself works just fine.
McCall is joined by actress Fernanda Andrade and actors Brian Tee and Eric Roberts. Gravitas Ventures is on course to release the film on July 11 on Blu-Ray, DVD and VoD.
Check out the trailer below and feel free to look up previous iterations of it in black and white and let us know what you think.

The Beautiful Ones from Gravitas Ventures on Vimeo.