[UPDATED] The First Official Teaser Poster For GUARDIANS OF THE GALAXY: VOL. 2 Is Just Too Damn Cool

Follow comic book movie lore long and hard enough and you’re probably already aware of the potential prospects for director James Gunn’s Guardians Of The Galaxy: Vol. 2 which opens next May. Expected appearances by actors Kurt Russell and Sylvester Stallone aside, the cast is also expected to appear in the forthcoming Avengers: Infinity War and so forth, among other things, as per the 2014 film that saw our title characters take on an intergalactic supervillain with a purple Infinity Stone as their McGuffin.

It’s one of several and all will play out with the eventual emergence of the evil Thanos, reprised once more by Josh Brolin. In the meantime, Gunn took to social media in Wednesday to unveil the latest teaser poster for the film which you can view below, with actress Karen Gillian to the far left followed by Michael Rooker as Yondu behind CG’d Rocket Racoon voiced by Bradley Cooper, Zoë Saldana as Gamora, Chris Pratt as Peter Quill (a.k.a. Star Lord), voice actor Vin Diesel’s Baby Groot at Pratt’s foot, and Dave Bautista as Drax.

UPDATE: The first international teaser trailer has arrived just beneath! 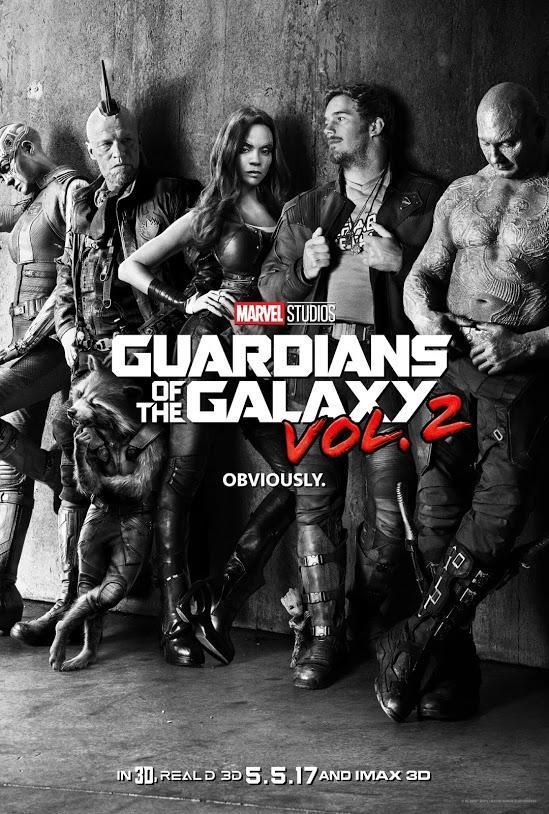 Watch The Full Trailer For Asun Mawardi's Hitman Actioner, #66 GUARDIANS OF THE GALAXY: VOL 2 Welcomes You Back In Drax’s Open Arms In The Official English Teaser