The Full Trailer For KIDS POLICE Is Now Online

Todd Brown over at Twitch has posted a new trailer for the upcoming film Kids Police, a filmic ohmage to 70’s classic Japanese action cop dramas with a comedic spin, based on a popular TBS Japanese TV show about a special investigations unit infiltraing a criminal organization called Red Venus, until the team is ultimately ambushed, leaving the Special Investigations branch of the Kanagawa police force operated by children. 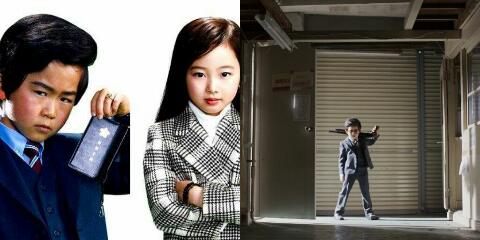 The film stars Fuku Suzuki, Miyu Honda, Kaichi Kaburagi, Keito Aoki, Yuga Aizawa and Michiko Kichise. It is directed by Yuichi Fukuda and is set for a Japan theatrical release on March 20, 2013.

Detectives in the special investigation team in Kanagawa go after criminal organization “Red Venus,” based out of Yokohama. While pursuing the gang, the detectives turn into children due to exposure to a special gas. Dekachou (Fuku Suzuki) and the other detectives continue their investigation via an order from the National Police Agency. “Red Venius” then gives notice that they will they will assassinate the President of Tadzhikistan in Japan .