My weekend was loaded with work – I hope I can hold up this week! Goodness… Friday evening was fantastic though and I ended up using all of Saturday to write about it which you can read more on here.

For all else, it’s time for the Hit List and we begin with another fine grouping of stunt action and training reels by some of today’s best and up-and-coming performers. Stacie Rathbone kicks things off nice and high with a mackin’ new reel of her own, as well as the Arkham Assassin himself, Spencer Mulligan, followed by reels from Michelle DeMond, Jerry Quill, the delightful Cheryl Lewis, Jeffrey Olynek, Adair Moran, Nate Ozeroff, Jared Beaulieu, Clancy Petersen, Rhys Williams and Tamas Haygo.
Finshing out the playlist is none other than multifaceted action choreographer Vlad Rimburg whose craft has seen some great strides forward in recent years from independent action to mainstream projects overseas, including Hindi actioners like Karan Malhotra’s Brothers (2015), and Ali Abbas Zafar’s Sultan (2016). Click the play button below and run the playlist through! 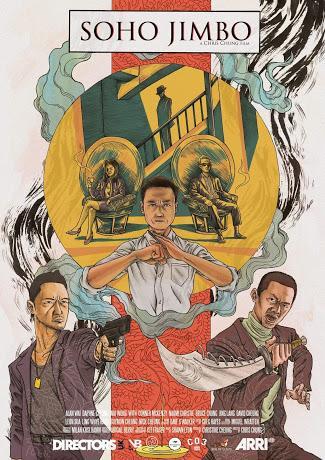 Promotional content is nil and film and fight content is limited this week but the substance is quite palpable, and we begin with Handuken helmer Chris Chung’s Soho Jimbo, filmed in two days a la the Directors UK: ALEXA Challenge and presenting an albeit amazing opportunity to breathe life into a live-action martial arts property.

Into The Badlands series co-star Alan Wai stars in the title role as a mistaken hitman targeted by two rival Triad gangs and their leaders, played by Wai Wong and actress Daphne Cheung. I interviewed Chung within the past week wherein I learned a few more things about the project and its forseeable future as a series, so take a look HERE and enjoy. 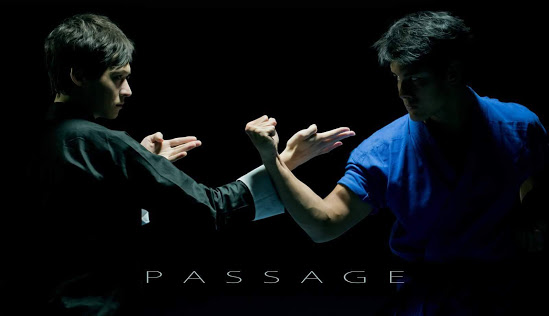 Other than that, you can check out Soho Jimbo right before diving into, equally, one of the best and most long-awaited projects by far. It’s Lorenz Hideyoshi Ruwwe’s Passage, a film that began its creative inception in 2010 and slowly took shape in the next several years following several of Hideyoshi’s own hurdles before its completion.

Ruwwe leads the high drama here as a street musician in a story seemingly telling the tale of a man’s bitter feud with her sister’s no good boyfriend. The story itself takes a deeper, more existential turn as the plot unfolds and the message and tone are made clear, making this one probably one of the best projects you’ll ever see in your time as a martial arts fan.
Following its festival run in the last few years or so, Passage finally arrived, and notably on the eve that Ruwwe makes his appearance next to his equally talented brother, Felix, in the upcoming Vietnamese action comedy, Luc Van Tien, starring Passage co-star, Jackie Chan stunt player and rising action star Andy Long Nguyen.
Beneath that, you will find a round of online action that should whet the appetite this week, and starting with a test fight sequences hosted on fitness figure head and stuntwoman Linda Kessler‘s YouTube channel, followed by Deviant Child Productions’s blind swordsman affair, Zato with Orlando Cruz and Hector Soria, and Leif Johnson’s latest short action thriller work, Resolve, with Eastern Heroes’s own Tien Hoang and Jean Paul-Ly. 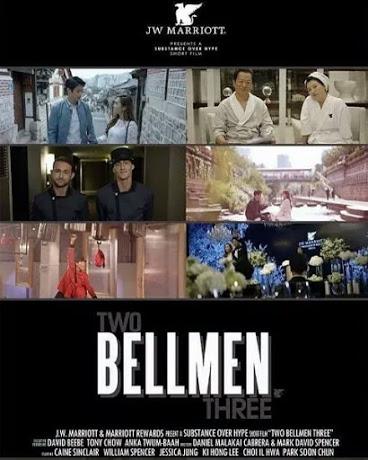 The playlist concludes with SubOverHype front and center in what might as well be a call to action. Two Bellmen Three has arrived returning William Spencer and Caine Sinclair to the set now joined by director Daniel “Malakai” Cabrera in this, the latest bit of content from hotel chain JW Marriot’s content output shingle. The three now find themselves working their Seoul location in lieu of an upcoming Bellmen competion in which they must prove themselves against Bellmen from other chains, while helping keep things in balance for its latest resident, Jun Lee, a struggling recording artist eager to prove himself worthy to his fianceé’s parents.
The Two Bellmen shortfilm series took off in early 2015 and with each entry becoming more and more bigger and grander than the first in delivering high-caliber stuntwork and action with its comedic flair, talk of a hopeful feature film isn’t going away anytime soon. With any luck, this will happen as it should and you can head over to the official website to learn more about Two Bellmen Three, which also joins Maze Runner trilogy co-star Ki Hong Lee with actress and singer Jessica Jung, and Falling Skies and Marvel’s Daredevil series co-star Peter Shinkoda among the cast.
Otherwise, Soho Jimbo and Passage in the Vimeo players below, and all four videos mentioned in the playlist just beneath are yours for the taking.
Enjoy!

If it’s all the same to you, last week’s Hit List has more than enough to fill up what’s left in your tank. Check it out, sub to the channels, and don’t forget: If you or someone you know has an amazing action project that you think deserves a spot in our weekly Hit List, hit us up at filmcombatsyndicate@gmail.com!