Things are about to change after this week. It’s a small change and possibly for the better, and you can read why by clicking here. 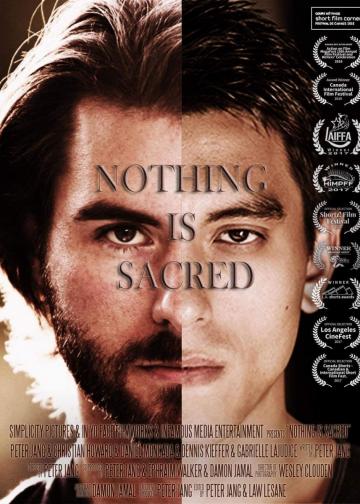 Time for a few trailers to make note of, and we begin with Nothing Is Sacred, a dark short tale aimed at prefacing a hopeful feature film about one man’s take down of a sex trafficking organization and the rescue of his young niece with the help of a high-ranking cop playing both sides. The short features Christian Howard starrring with lead actor and filmmaker Peter Jang who stands as one of this year’s biggest, most promising directing prospects of late with the coming launch of his Simplicity Pictures banner.

Following that is a teaser for action comedy, Attack The Dojo!, from Gunsavior Pictures and shot in a first-ever stint with a Blackmagic Pocket 4K Cinema Camera from star/director James Couche, and the official trailer ahead of this week’s long-awaited release of the celebrated Jean-Paul Ly/Law Plancel action short proof, The Division.

We also have the latest look below at what’s coming from Art School Dropouts in Lady 2 – a sequel short following up Stephanie Pham‘s darker 2018 action outing, Lady, and some new photos just beneath from the latest production of Afro Samurai Champloo as crowdfunding continues from Team Red Pro and Quirktastic.

Xavier Luo was kind enough to reach out to us with an upload of a Christmas jam he did with Kawui Joa and Chris Llorca this past winter. That one kicks off this week’s round of action-heavy fights and films followed by Micah Moore lensing some fight concepts with Heather Hayes, Matt Scheib, Alex Hashioka and Tang Nguyen, Robin Calvo catching a Fade with Bee Rolle, Tarell Bullock and Bryant Garcia Cruz, and Flipkick Films brings us to Level Zero with Anthony Javier and Paolo Alberto.

Josh Yadon shares his latest Moment Invitational entry, A Cliché Kill with C.C. Weske and Jett Jansen, followed by Jawed El Berni’s A Bittersweet Night from Vagrant Films (entered to us by cinematographer Kyro Wavebourne). Bookending the playlist is Calvert David Miles’s Rage with Nelson Estevez and Malachi Mutakkabir, and the latest episode of Yes, Auntie! which flashbacks into Mama’s scarred past – played dually by Robert Samuels and Rebecca Hargrove, and finally introduces a new character teased in a line of posters earlier this year.

And…last and far from least is the long-awaited proof-of-concept action thriller pilot, Option Zero. I’ve proudly given this project the oxygen it deserves and I now welcome and any and all to indulge in the action and thrills featuring Amy Johnston, Christian Howard, Eliver Ling, Chris Conrad and Adolfo “Shabaa-Doo” Quiñones.

On that note, enjoy the hits!

Again, I recommend catching up on this piece if you normally keep up with The Hit List every week. In the meantime, sub to the channels, SHARE The Hit List and e-mail us at filmcombatsyndicate@gmail.com if you think you have a hit on your hands. Good luck!