Happy Monday night here on this side of the globe! I hope everyone has had an easy start to their week as we slowly but surely approach the Fall season.

Guaranteed, of course and as always, are just some of the latest smashing stunt and training reels by today’s performers to start another fresh installment of the weekly Hit List! Kicking things off is stuntman Haitao “Johnny” Zhao, Bobby Hernandez, Meili Carpenter, Omar Zaki, Amanda Voll and Sergei Dmitriev. Next to last a trio of indivdual stunt reels currently heading the latest launch of Far East Action, comprised of a raft of seasoned and talented heavy-hitters and wreckers working on major local and international productions today, including and not limited to Paul Clark, recent interview subject Alexandre Bailly and mini-gun brandishing Wolf Warrior co-star Kevin Lee. And last in the playlist is a nifty and nimble Welcome To La La Land courtesy of Tempest Freerunning. 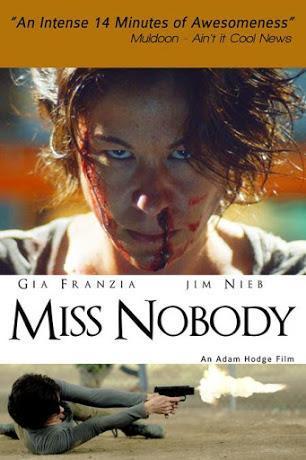 Onward and upward it is with the first of two promotional bits for this week’s Hit List, and the first comes by way of Up In A Tree productions following a period of good press for filmmaker Adam Hodge. Now available on Vimeo On Demand as of today is his newest action thriller short, Miss Nobody which sees actress Gia Franzia in the role of a former assassin forced to revert back to her old ways when her newfound life is destroyed by a past she no longer wants part of.

Check out the trailer below and with plenty more to spy at the official website.

2016 was a big year for the Tim Miller-directed Deadpool which opened back in February. It earned a raft of firsts at the box office as an R-rated Marvel success for Fox, and it also landed one of its pivotal stunt performers on the map, ultimately introducing us to the full-on viral assault of martial artist and baton whisperer femme fatale, stuntwoman Michelle Christa Smith whose Catwoman-like prowess led her to online fame this past Spring on Facebook. Now she’s looking to expand and grow her audience through the craft she’s become known for, although there’s only one issue to get past: It lacks a name. And that’s where YOU, the viewer come in, and not for nothing either.

Thus, Smith launched a contest in the last few days to come up with a truly badass name with the prize of an in-person or online tutorial instruction attributed to the winner. The victor will be announced on September 21, so watch the video and follow the instructions!

Now it’s time to get to some of the good bits of the internet… the fight action, and Big Hero 6 fans may recognize the voice of actor Ryan Potter whose latest campaign to be Robin in actor Ben Affleck’s upcoming Batman movie now comes with a little fight demo that starts off this week’s playlist of Hit List fight gems (there’s also a little behind-the-scenes action you can view HERE as well). Following that is Relapse star, action actor Gabriel Caste (more on him later) whose recent YouTube channel launch now bears witness to a raft of shortfilms old and new, including a fresh new knife fight piece with James Croak and Brooks Crouse, along with Michaela McAllister’s Loopy brawl over at CBR Stunts, Nathan Barris and Adam Bradshaw in Payback, a zestful little 2012 revival from Devin Sheenan and Chris Yu titled Deadly Sin Six with Daniel Graham and Anis Cheurfa, director Jimmy Lui’s Hong Kong horror comedy homage with actor Ken Lally and actress PeiPei Alena Yuan in The Hopping Dead, and Ampisound’s Zombie Parkour Chase produced for mobile strategy game, Last Empire Z, from director Scott Bass, and starring traceur Fizz Hood and POV lens runner Toby Segar (complementary behind-the-scenes material can be seen HERE as well)!

Capping off this week’s Hit List is, once again, Gabriel Caste whose recent YouTube channel launch now brings us a re-upload of his 2014 sci-fi action drama, The Last Time I Saw You. Directed by Caste who stars with Michael Aurelio, the short depicts the event that ensues following one man’s venture into the desert in search of a missing item, and his subsequent confrontation with another man familiar with him. 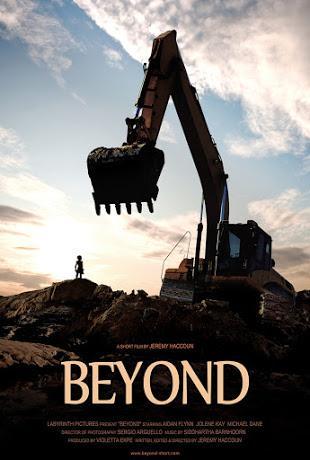 Following that in the final entry of this week’s Hit List comes courtesy of stunt coordinator Kyle Wavebourne who sent us filmmaker Jeremy Haucoon’s latest thrilling shortfilm, Beyond. It’s a little bit away from what the Hit List usually entails but it packs an explosive tale with young actor Aidan Flynn starring as a young boy who fights to save his family following a deadly rockslide.

The project was shot in 2013 and was ultimately one of the last film credits for co-star, actor Michael Dane who passed away in late 2015 before ever seeing the final cut. As Haucoon would have it, the project is officially online as of September 1, and it’s one of the best, most compelling and enthralling shortfilms you will see this week.
Enjoy the playlist!

If you need more action to hold you down, then there’s plenty of it to go around over at last week’s Hit List piece. Feel free to check it out and subscribe all these channels for some awesome content, and as always an email to filmcombatsyndicate@gmail.com will serve you well if you happen to be a filmmaker or a stuntman with an amazing demo reel or shortfilm that needs an audience!

Dylan O'Brien Is A Soldier Of Vengeance In A First Look Photo For Michael Cuesta's AMERICAN ASSASSIN SHIN GODZILLA Reigns With Terror And Destruction In The Official U.S. Trailer