THE HITMAN’S BODYGUARD: The Struggle Is Real For Ryan Rrynolds In The Latest Official Trailer 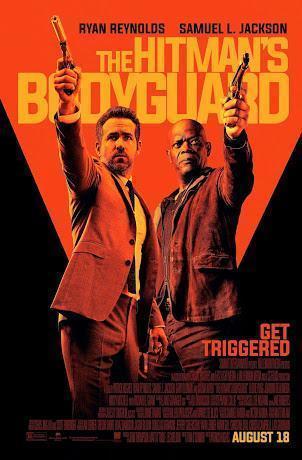 Lest you fall sleep on The Expendables 3 helmer Patrick Hughes’s latest R-rated affair, The Hitman’s Bodyguard, a brand new trailer has arrived ahead of its August 18 release.

The world’s top protection agent [Ryan Reynolds] is called upon to guard the life of his mortal enemy, one of the world’s most notorious hitmen [Samuel L. Jackson]. The relentless bodyguard and manipulative assassin have been on the opposite end of the bullet for years and are thrown together for a wildly outrageous 24 hours. During their raucous and hilarious adventure from England to the Hague, they encounter high-speed car chases, outlandish boat escapades and a merciless Eastern European dictator [Gary Oldman] who is out for blood.

Salma Hayek joins the mayhem as Jackson’s equally notorious wife as does actress Elodie Yung to whom our titular bodyguard tries his ill-fated best to redeem himself at the top of this week’s newly released trailer. Watch it now.