Craig Zobel’s long-delayed dystopian thriller, The Hunt, is finally gearing up with a new poster, trailer and release date set for March 13. THR broke the story on Tuesday with statements from producer Jason Blum and screenwriter Damon Lindelof.

The move comes seven months after Universal Pictures yanked the ad campaign back in August and shelved the release due to last year’s string of mass shootings, and its neighboring tangibility to the film’s outlandish political satire and over-the-top violence.

Conservative pundits, needless to say, were more angered at the film’s plot in which rural America becomes a hunting ground for elitist liberal snobs to kill right-wing “deplorables” for sport. I was against canning the film’s September release, but I got the reasoning, and it’s great to see that this film still has a chance to be weighed fairly in front of audiences.

The most talked about movie of the year is the one nobody has seen … yet.

In the shadow of a dark internet conspiracy theory, a group of elites gathers for the very first time at a remote Manor House to hunt ordinary Americans for sport. But the elites’ master plan is about to be derailed because one of The Hunted, Crystal (Betty Gilpin, GLOW), knows The Hunters’ game better than they do. She turns the tables on the killers, picking them off, one by one, as she makes her way toward the mysterious woman (two-time Oscar® winner Hilary Swank) at the center of it all.

Peep the trailer above and poster below! 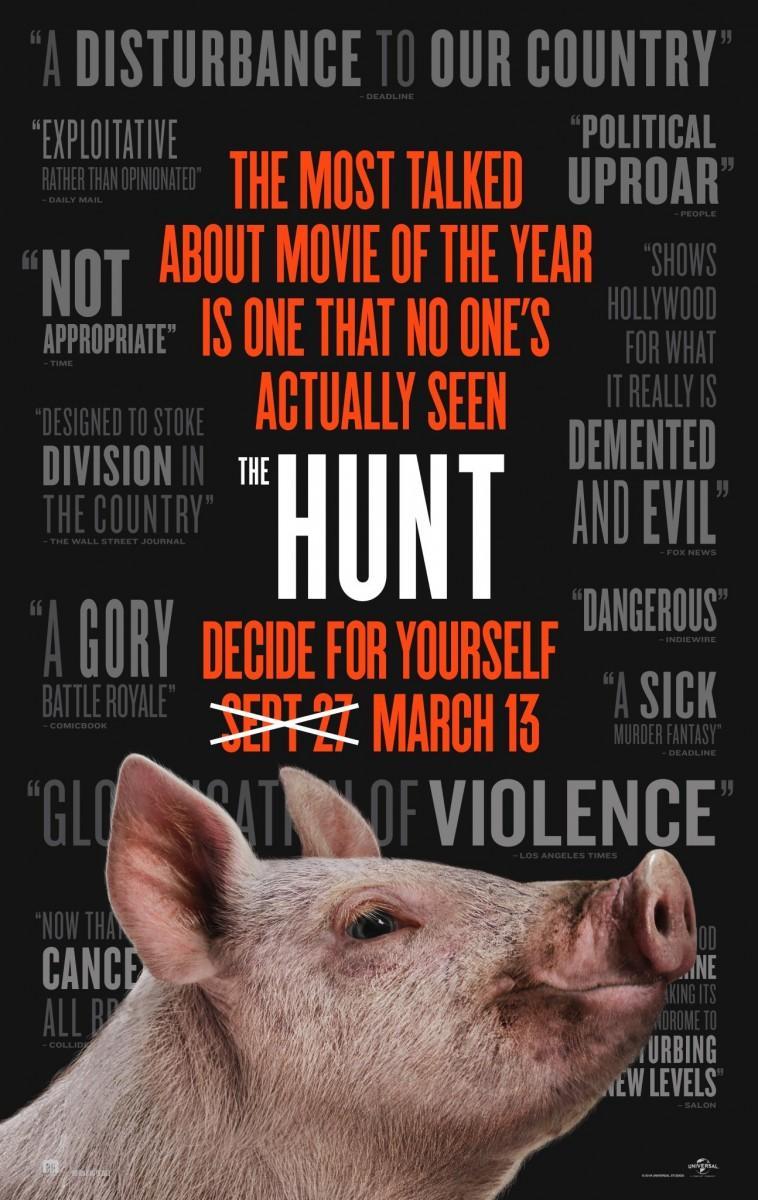