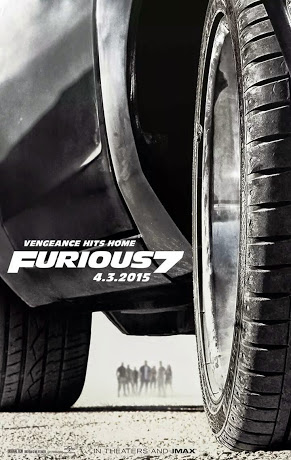 The upcoming release of director James Wan‘s latest contribution to the Fast And Furious franchise, Furious 7, is easily one of the biggest films going into next year’s April 3 date. Celebrating the life and legacy of one of its principal lead performers, late actor Paul Walker, the film is setting up what will likely be a significant game-changer as it embraces a new story that will allow Walker‘s character, former cop-turned-outlaw Brian O’Connor, a more graceful parting of ways while the franchise continues onward with its multi-film finale now in development at Universal Pictures.
That said, Furious 7 is already heating things up after a slick new teaser trailer was unveiled earlier this month showcasing what awaits fans after six films. Joining alongside Walker is lead actor Vin Diesel, reprising his role once again as criminal fugitive-turned-vigilante, Dominic Torretto as he and his unique team of road warriors must now face a vengeful new enemy with a greater agenda at hand, a new mission that will see their endeavors once more with the addition of new friends, new enemies, and newer dangers at greater heights, such as can be seen in the latest teaser trailer, as well as its new IMAX version with a smidget of brand new footage at the very end.
Produced by Neal Moritz with a script by Chris Morgan, Furious 7 joins Walker and Diesel with returning franchise members Tyrese Gibson, Christopher Bridges, Dwayne “The Rock” Johnson, actresses Michelle Rodriguez, Jordana Brewster, Lucas Black and Elsa Pataky; New cast members include Jason Statham, Nathalie Emmanuel, Kurt Russell, Tony Jaa, Djimon Hounsou and John Brotherton.
Watch the new IMAX teaser trailer below and don’t miss the tail end!