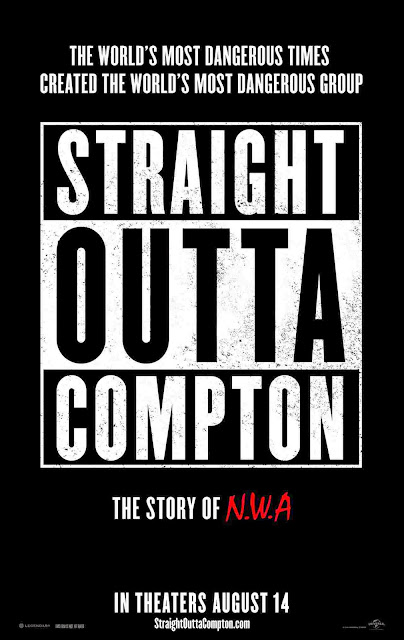 The cultural phenomenon of gangsta rap in the late eighties into the nineties became a leading voice for struggling Americans, especially minorities, with a message that would later unify hip-hop fans all around the world. Award-winning music group, NWA became a purveyor of this for its time, and to say that message struck a sour note with critics would be nothing short of a HUGE understatement.

Aside from much of the explaining needed in front of the media, the music spoke for itself and continues to ressonate with generations to this day, to which Friday and The Italian Job helmer F. Gary Gray has since responded with his latest film, Universal Pictures’s Straight Outta Compton, based on the group’s hit 1988 title album. The film is set to arrive on August 14 following the album’s 27th anniversary, and on that note, we now have a red-band trailer that boldly delves into the subject matter the film imposes. And considering such imagery in lieu of many of the troubling events around today’s local law-enforcement, I’d say a film like this couldn’t have come at a better time.

In the mid-1980s, the streets of Compton, California, were some of the most dangerous in the country. When five young men translated their experiences growing up into brutally honest music that rebelled against abusive authority, they gave an explosive voice to a silenced generation. Following the meteoric rise and fall of N.W.A., Straight Outta Compton tells the astonishing story of how these youngsters revolutionized music and pop culture forever the moment they told the world the truth about life in the hood and ignited a cultural war.

Will Packer, Matt Alvarez and Tomica Woods-Wright produced the film from a script by Johnathan Herman. Hip-hop artists, actor Ice Cube and Dr. Dre also produced the film with their on-screen personas played respectively by O’Shea Jackson Jr., and Corey Hawkins with Jason Mitchell starring as the late Eazy-E. Watch the red-band trailer below with the lead-in from Cube and Dre.