The New Sequel Trailer For RUROUNI KENSHIN 2 And 3 Unsheathes And Slices Its Way Online! 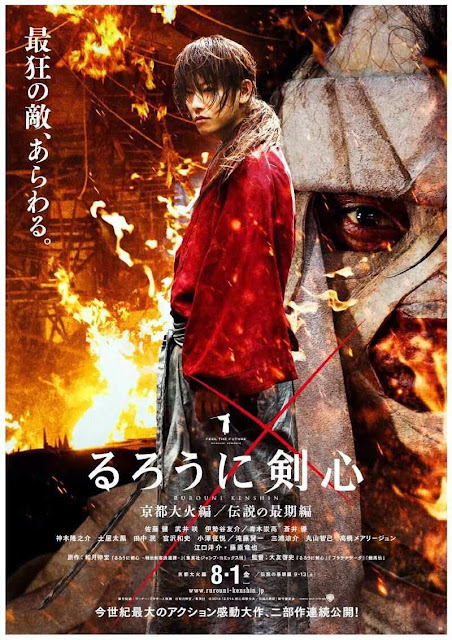 I fully admit I haven’t had the opportunity to see the first Rurouni Kenshin film that became a film festival favorite back in 2012 before a sequel was greenlit. So hopefully I will get around to that as the hype continues to build for the new films that are well on their way this year. And not for nothing either, as the sequels are becoming more and more anticipated by fans of the original manga/anime properties, and of the chambara film genre with a teaser already online as of late last year, and a new full length trailer which finally arrived this week which you can check out below.

Based on the work of manga author Nobuhiro Watsuki, Rurouni Kenshin: The Great Kyoto Fire Arc and Rurouni Kenshin: The End Of A Legend Arc star Takeru Satoh returning for the title role in both films. Other cast members, returning and new, include Tatsuya Fujiwara, Emi Takei, Yusuke Iseya, Munetaka Aoki and Yuu Aoi and Yosuke Eguchi, with Min Tanaka, Yukiyoshi Ozawa, Kaito Oyagi, Maryjun Takahashi, Ryosuke Miura and Lisa Ulliel.
Both films are directed by Keishi Otomo and will release theatrically in Japan on their respective dates set for August 1, 2014 and September 13, 2014, courtesy of Warner Bros. Japan.

Watch The Electrifying Final Trailer For THE AMAZING SPIDER-MAN 2! Part Two Of THE RAID 2: Behind The Scenes Is Here