Beginning today, Film Combat Syndicate contributor Graeme Noble will be host to wide array of short reviews for beloved old school Hong Kong kung fu and comedy films. Films will be listed in random groups of five depending on titles, actors and franchise, etc. Most of these titles you might be fortunate to find on DVD or Blu-Ray, including today’s list, the Sam Hui/Karl Maka five-film pair and subsequent part six outlining the Aces Go Places film series. Take a look! 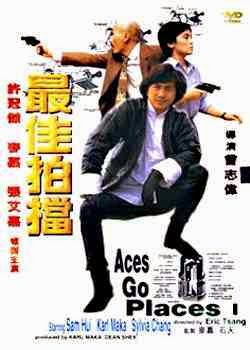 Aces Go Places – 4/5, a great entertaining and funny movie. Chemistry between Karl Maka and Sam Hui is fantastic and some of the fun action scenes are great. The movie drags in places and it’s old fashioned but it’s a good example of quality Hong Kong cinema! 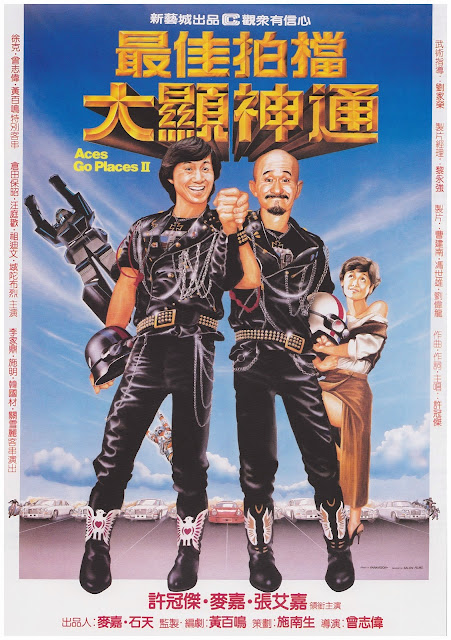 Aces Go Places 2 – 4/5, probably even better than the original, this sequel is very similar but contains even funnier scenes than the hilarious original. There are even 2 fights scenes here, choreographed by Lau Kar Wing, and they’re both credible, but not outstanding.

King Kong was attacked by the robot – Black Knight I which was sent by the Italian Mafia to avenge the capture of White Gloves. He also hired an internationally notorious killer Black Gloves to kill King Kong as well as diamond transfer deal with the underworld. King Kong join forces with the police to capture Black Gloves who sends Black Knight II to attack…… Aces Go Places 3 – 2/5, a disappointing movie this. Not a patch on the first two and Tsui Hark directs this one instead of Eric Tsang. There is too much emphasis on spoofing James Bond movies and it doesn’t work. Drags and the comedy is limited! No Kung here either.

King Kong is commissioned by a man who claims to be Mr. Bond, special agent from the British Secret Service to recover for the Queen precious stones stolen from her crown which are now in Hong Kong. Back in Hong Kong, a Secret Service man from the Bond Street Headquarters. Mr Tom Collins, has just arrived to find out a gang of notorious international crooks led carried out his mission successfully for Mr Bond, he is summoned by the Governor to assist Collons in retrieving the stolen goods and catch Mr Bond’s gang. 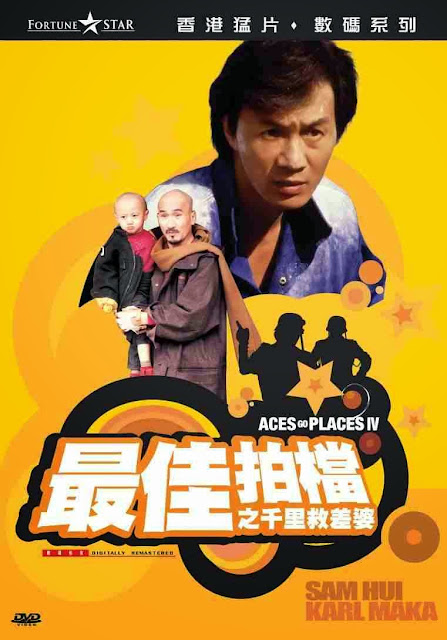 Aces Go Places 4 – 3/5, an improvement on part 3 but not as good as part 2. This one has a few good fights that are well choreographed. There is some nice comedy but I think the producers knew that they were running out of ideas, and it shows. Still enjoyable stuff here.

The invention of a prism – a special brain stimulant, gets King Kong and Inspector into a series of dangerous adventures. The lives of Inspector Ho and her son, Baldy Junior are also threatened by the villains. 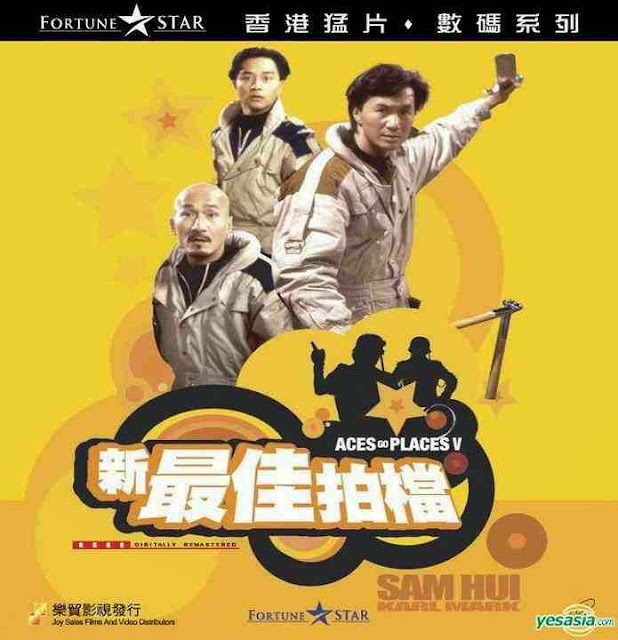 Aces Go Places 5 – 1/5, the worst of the series despite there being a few fight scenes involved. The fights are weak apart from the finale, which is only good in parts. The movie is poor and Hui and Maka get less screen time than before. 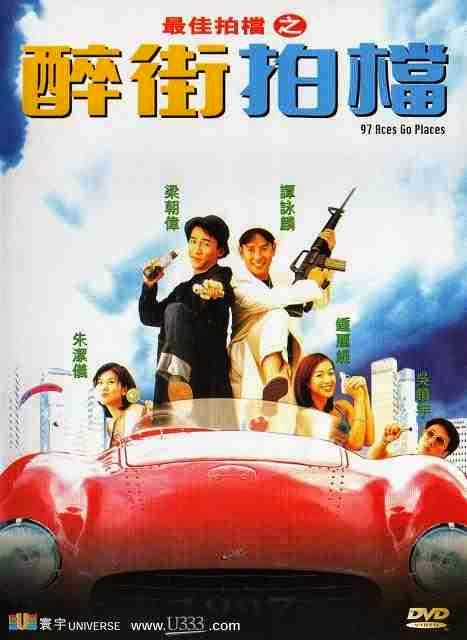 97 Aces Go Places – 2/5, this is better than part 5 and it features the best fighting out of the entire series thanks to Chin Kar Lok’s choreography. Christy Chung vs. Billy Chow at the end is very good and she looks very hot in this movie which saves it from being a poor movie!

Man Ling conned two million dollars from Big Brother Lui in a dirty deal. Lui then ordered to have Ling killed. Ling escaped from the fight. Meanwhile, Philag was a kind and righteous student studying law in the States. He was expected to help his father to do illegal business. His father was killed during a transaction which also involved Ling. Philag needed to go back to Hong Kong to tend to his father’s business and root out the murderer. 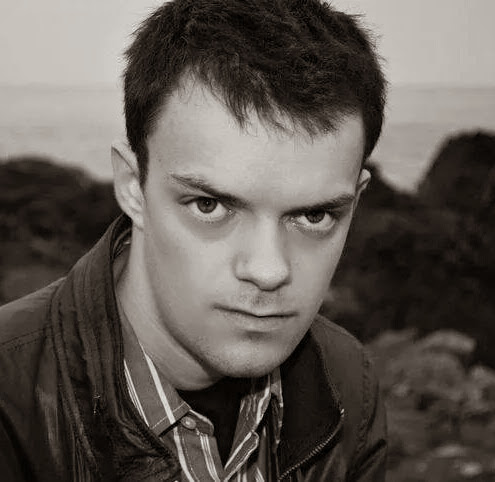