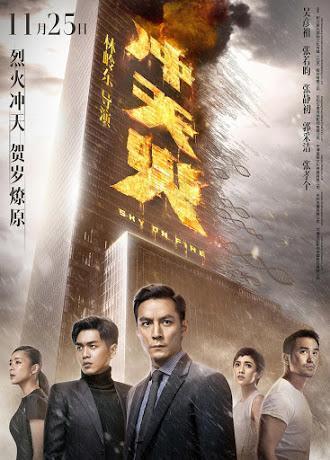 The second season of hit series, Into The Badlands, starring Daniel Wu can’t come soon enough for fans of the latest hit AMC Network show. Apart from this and with film prospects still abound, the actor didn’t need much convicing to know that working with acclaimed filmmaker Ringo Lam meant working with one of the legendary best in Asian cinema.

The result? Explosive. Thrilling. At some points even dangeous. Such is the case per usual with action movies as with their latest pairing for the new movie, Sky On Fire, which now comes to the fold and in the good graces of its new home at Distribution Workshop as of earlier this month, and further opportunities theirin for multiterritorial announcements and acquisitions in the coming weeks.

A new cancer cure has emerged after years of research. But before this new stem cell can save the world, it provokes a fatal battle of justice, greed and love…