Tom Hardy Is A Road Warrior Back In Battle In The New Trailer For MAD MAX: FURY ROAD 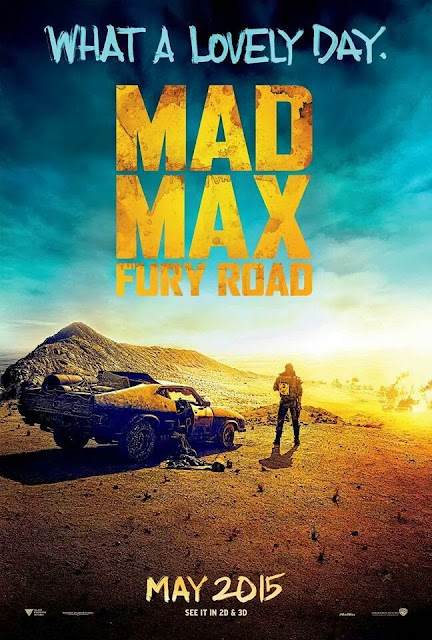 If ever there was a film that has managed to gin up so much excitement and curiosity, it would be the latest upcoming theatrical offering from George Miller‘s hit franchise, Mad Max: Fury Road. And it took quite a while to get things rolling upon newly-cast Suicide Squad co-lead, actor Tom Hardy‘s inheritance of the title role iconically portrayed by actor Mel Gibson once upon a time.

Thankfully, following a long and arduous wait after filming and subsequent pick-ups and reshoots, Warner Bros. and Village Roadshow Pictures got things off to an amazing start over the summer unleashing a beast of a trailer to appeal to the Comic-Con audience. Without hesitation, the response has been nothing short of fantastic, and now we have an official trailer that shows more of what we can expect from this latest gem, adding even more muscle to what many of us know and love about the Mad Max franchise.
The film is set to arrive on May 15, 2015 release in 2D and 3D, and its worth noting to mark this one on your calendar lest you lose track!

“MAD MAX: FURY ROAD is the fourth film of George Miller‘s Road Warrior/Mad Max franchise co-write and directed by Miller. The post-apocalyptic action film is set in the furthest reaches of our planet, in a stark desert landscape where humanity is broken, and most everyone is crazed fighting for the necessities of life.

Within this world of fire and blood exist two rebels on the run who just might be able to restore order… There’s Max (played by TOM HARDY from The Dark Knight Rises), a man of action and a man of few words, who seeks peace of mind following the loss of his wife and child in the aftermath of the chaos.

And… Furiosa (played by CHARLIZE THERON from Prometheus), a woman of action and a woman who believes her path to survival may be achieved if she can make it across the desert back to her childhood homeland.”

Big Kicks, Flamethrowers And Ripping Off Arms On The Set Of KUNG FURY Jason Statham Leaps Into Action In A New Poster For WILD CARD