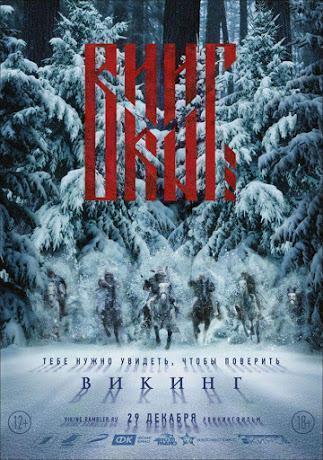 Late last year was a real bookmark in my own observance on just how many people in Russia love their viking movies. The teaser for Andrey Kravchuk’s Viking delivered a rush of period epic thrills with fans more than enthused online to say the least, and so it’s finally time to bring this one all way for its release on December 29.

Kievan Rus, late 10th century. After the death of his father, Svyatoslav I, ruler of Kievan Rus, the young Viking prince Vladimir (Danila Kozlovsky) is forced into exile across the frozen sea in Sweden to escape his treacherous half-brother Yaropolk (Aleksandr Ustyugov), who has murdered his other brother Oleg (Kirill Pletnyov) and conquered the Viking territory of Kievan Rus. The old warrior Sveneld (Maksim Sukhanov) convinces Vladimir to assemble a Varangian armada lead by a Swedish viking chieftain (Joakim Nätterqvist), hoping to reconquer Kiev from Yaropolk and ultimately face the mighty Byzantine forces.

A third and final trailer is now online below while one hopes this, like many of its other siblings in Russia, will get a release stateside. Take a look.