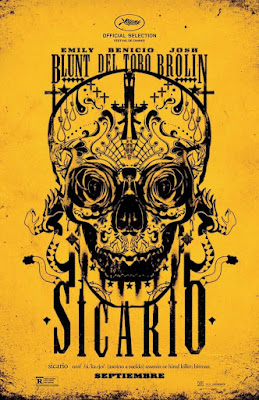 I have to say, actress Emily Blunt‘s performance in last year’s sci-fi epic, Edge Of Tomorrow really turned me onto her as a strong leading lady of action. That said, I’m more than excited to see what she’s capable of with her latest role in Denis Villeneuve‘s new thriller, Sicario, with Star Wars VIII prospect Benecio Del Toro and actor Josh Brolin also starring.

In the lawless border area stretching between the U.S. and Mexico, an idealistic FBI agent [Emily Blunt] is enlisted by an elite government task force official [Josh Brolin] to aid in the escalating war against drugs.

Led by an enigmatic consultant with a questionable past [Benicio Del Toro], the team sets out on a clandestine journey forcing Kate to question everything that she believes in order to survive.

The latest trailer has arrived ahead of the film’s release this September. Check it out below!

Take A Look At The First Poster For Upcoming Action Thriller, MEZA: DAVID'S STORY Tommy Lee Jones Adds To The Cast Of The Next BOURNE Film With Damon Starring